Preparing for a renewed battle to keep Yucca Mountain nuke-free

(Amber Phillips) – Washington — In Nevada, nuclear waste and the possibility of storing it in Yucca Mountain are never far from state leaders’ minds. 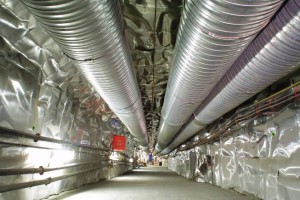 But it’s a niche issue for the rest of the nation. Gone are the days of Bonnie Raitt concerts calling for a ban on all nuclear energy, a passionate response to a 1979 partial meltdown at the Three Mile Island reactor in Pennsylvania.

That could change. There are renewed stirrings in Congress to push highly radioactive nuclear waste to Yucca Mountain, and anti-nuclear activists are gearing up for a re-education campaign in response.

They have their work cut out for them to make a new generation of Congress and the average American care about keeping nuclear waste out of Nevada.

N&V StaffOctober 7, 2022
Read More
Scroll for more
Tap
Bill would require body cameras for Nevada police
After 24 Years as IJ’s One & Only President Chip Mellor Elevated to Board Chairman in 2016