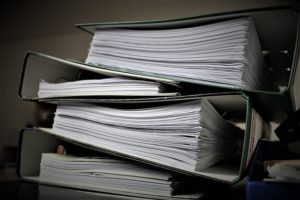 As famed economist Ludwig Von Mises observed many years ago, the first priority of any bureaucracy will always be self-preservation.

While defenders of government-run schools have largely succeeded in obscuring this fact from the public, the Clark County School District (CCSD) is doing its very best to remind us of just how valid Mises’ insight remains.

Because CCSD has failed so many students, for so long, the number of students transferring to charter schools has soared in recent years.

But rather than celebrating the fact that more children are finally able to attend a school that better serves their needs, CCSD plans to hire a marketer to discourage others from doing the same (“CCSD creates new job to keep students out of charter schools,” The Las Vegas Review-Journal, May 25).

The move is particularly galling given CCSD’s constant complaints regarding teacher shortages and overcrowded classrooms — both of which would seem to be alleviated by having fewer students to teach.

Because fewer students mean fewer dollars from the state, CCSD created the position “to raise money for the district by bringing children back in,” according to Trustee Carolyn Edwards.

And that’s what happens when a bureaucracy that values its budget over student well-being is tasked with providing education — tax dollars get spent trying to keep children trapped in a failing system, just to protect CCSD’s bottom-line.

Viewing students as funding mechanisms is certainly the most destructive example of CCSD’s bureaucratic mindset, but it is far from the only one.

Despite being a public agency funded by tax dollars, and thus obligated to provide accurate information, CCSD routinely deceives the public when seeking to advance its own interests.

In an April press release asking for more tax dollars, for example, CCSD Trustees falsely claimed that the district has “cut more than $770 million from its budget since 2009.”

In reality, CCSD’s budget is up nearly $300 million from 2009; the alleged cuts are government-speak for a smaller than desired increase.

CCSD even went so far as to impugn its own self-reported data when it threatened to paint the district in a negative light.

Every two years, the U.S. Department of Education surveys schools across the nation on a variety of metrics, including each district’s rate of “chronic teacher absenteeism” — defined as teachers who missed 11 or more days of regular classroom instruction that year.

In late 2016, CCSD’s chronic teacher absenteeism rate of more than 50 percent was highlighted in a Washington Post story on the then-current 2013-14 school year data. CCSD chief student achievement officer Mike Barton reportedly responded to the data by declaring that, “I don’t want for one minute for people to think that we are ignoring this. This is something that we want to make sure improves.”

Barton’s desire to remedy the problem was justified; as research has shown that such high rates of teacher absenteeism seriously harm student learning.

Unfortunately, when the local news reported last month on the new 2015-16 data — which saw CCSD’s chronic teacher absenteeism rate rise to 59 percent, more than triple the rate found at the median school district nationwide — CCSD responded by issuing an inflammatory statement that sought to discredit the data as flawed.

But because the data is self-reported, CCSD’s statement could only be true if the district had failed to follow the federal government’s reporting guidelines.

And since these guidelines have been in place since the survey’s inception, why was there no mention of the alleged data problems when speaking to the Washington Post in 2016?

An inquiry seeking to understand CCSD’s dramatic change in tone, and whether they had in fact failed to follow the federal government’s reporting guidelines — as their statement suggested — went unanswered.

Nevadans rightfully expect that their education tax dollars will go towards student learning, not PR and marketing operations designed to protect a bureaucracy’s budget at student expense.

In addition to continuing to promote charter schools, lawmakers should immediately fund Nevada’s Education Savings Accounts, expand the state’s Opportunity Scholarship program and pursue reforms that put parents — not bureaucrats and politicians — in charge of how educational dollars are spent.