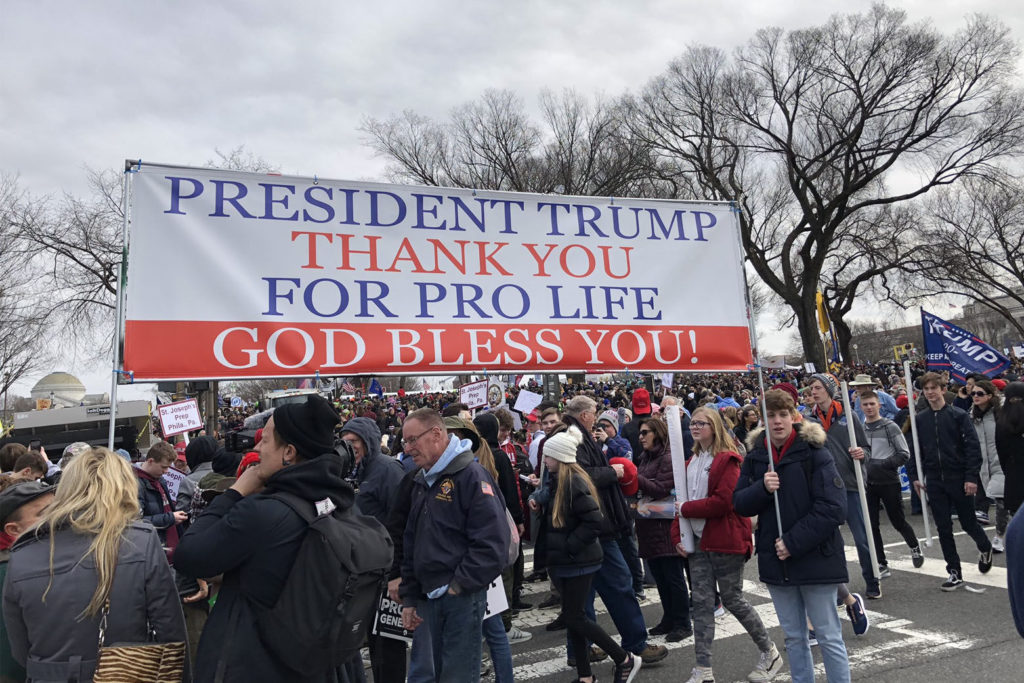 The following Statement can be attributed to Nevada Right to Life Executive Director Melissa Clement:

On Friday, January 24th, President Donald J. Trump rocked our nation’s capital when he became the first president of the United States to speak at the annual pro-life March for Life in Washington D.C. Hundreds of thousands of pro-life marchers enthusiastically welcomed him as he was declared the most pro-life president in our nation’s history. In the president’s historic speech he said that “All of us here understand an eternal truth: Every child is a precious and sacred gift from God. Together, we must protect, cherish, and defend the dignity and the sanctity of every human life.”  The president noted that he had appointed two Supreme Court justices and 187 federal judges, signed many pro-life executive orders, and promised to sign pro-life laws when they reach his desk.

The March for Life once again shows that abortion advocates cannot legitimately claim to speak for women.  Not only was the event dramatically larger than this year’s “women’s march,” but the pro-life movement continues to be largely led by women. A majority of women oppose the Planned Parenthood/NARAL/abortion extremist policy of abortion on demand without apology or exception throughout pregnancy for any reason.  They likewise oppose infanticide – killing or allowing children to die who have survived an abortion.  A majority of women support bans on abortion after 20 weeks when the unborn can feel pain.  Vast majorities of women want abortionists to be required, with the full force of the law, to notify them prior to their underage daughter receiving a surgical abortion.

Melissa Clement, who attended the March said, “women are weary of so-called ‘rights’ that begin and end with abortion. Women are tired of being defined by their lady parts. We are more. The numbers of women at countless pro-life rallies, walks, and marches across the nation this past weekend prove it.”

The pro-life movement is one of the most maligned, under reported, misreported, under resourced, out spent, condescended to, held in contempt movements in America today.  But, despite all this, we have tremendous influence. President Trump’s attendance at the March for Life proves it.

The pro-life movement is young and passionate as President Trump noted, “I want to welcome tens of thousands – this is a tremendous turnout – tens of thousands of high school and college students who took long bus rides to be here in our nation’s capital.”  Their tremendous turnout tells us that abortion advocates’ abject fear of the overturn of Roe and abortion is within the pro-life generation’s reach.