Prospects of New School Board may Help ‘Save Our Schools’ Campaign, Chairman says

Prospects of New School Board may Help ‘Save Our Schools’ Campaign, Chairman says
N&V Staff

(Ray Hagar, Nevada Newsmakers) – Recently, the Washoe County School Board has been beset with controversy.

It began in 2014 when the board was forced to pay out a $770,000 settlement to former superintendent Pedro Martinez after the board illegally fired him.

It continued with the board’s approval of a contract for new superintendent Traci Davis, which included a $800 monthly car allowance and a $12,000 “longevity” bonus after just five months on the job. 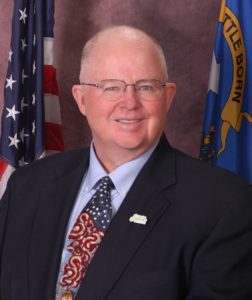 Acknowledging the public’s possible negative sentiment toward the board, former Sparks City Manager Shaun Carey — chairman of the $700 million Save Our Schools ballot question — noted that the Washoe board will have a new look after the November election.

“We will have a new school board following the November election, save for two people that were elected in the last election. You will have five out of the seven trustees that can be new and probably will be new,” Carey said on the Nevada Newsmakers TV show. “So it will be a fresh start for the top of the school board’s administration.”

Four seats were originally up for election this year, with only one incumbent on the current board, Angie Taylor, seeking election. Yet another trustee, Nick Smith, was forced to resign recently after he was accused of misconduct with a high school student where he worked, the Sizzler restaurant in Sparks. Smith’s former seat will also be contested in the 2016 general election although an appointment will be made to fill out Smith’s term through the end of 2016.

This will be Taylor’s first election. She was appointed in 2014 after former Trustee David Aiazzi resigned for health reasons. Taylor has been fined by the state for an Open Meeting Law violation stemming from Davis’ hiring process.

With fresh faces, a new school board can move forward with implementing the Save Our Schools tax plan that relies on a sales tax increase of 0.54 percent.

A similar funding proposal was killed by the Washoe County Commission after the issue was passed to them following the 2013 Legislature. Privately, one commissioner at the time said he did not feel comfortable turning added tax money over to the school trustees to handle.

Each of Washoe’s current inventory of 93 schools will receive funding if the ballot measure is passed, Carey said.
One in three of Washoe schools has gone at least 30 years without major renovations, according to Save Our Schools website.

“We are purposely trying to get $781 million in new improvements … every one of the 93 schools in the district will receive improvements based upon this project because they are that far behind,” Carey said. “You will also see 15 new schools being constructed — elementary  schools, middle schools, and high schools which are desperately needed.”

Carey also pushed back on the idea that the sales tax increase is a regressive tax that will harm those living in poverty, during his Newsmakers interview.

“I take a little bit of difference (about the regressive nature of sales tax), having been a city manager, with your opinion on sales tax,” Carey said. “Because in Nevada, in terms of the western United States, as a tool, ours is not as regressive as the label that people often apply.

“It (sales tax) does not apply to food unless you are in a restaurant,” Carey said. “The greatest cost to a person is actually when they buy clothes in those low rents. The problem with property taxes is that it hits folks on a fixed income and it is not a choice that we felt we should use for this purpose.”

Raising sales taxes to fund the Save Our Schools ballot initiative is a better solution than a property-tax increase, Carey said.

“The property tax is over the cap here in Washoe County,” Carey said. “We are at $3.66 cents. There is no room to raise that without a tax override.”

Later in the interview, he stressed that a sales tax increase is much better than raising property taxes, anyway.

“In fact, about 13 1/2 percent of it (sales tax) is paid by visitors and another 25 percent is actually paid by business-to-business transactions,” Carey said. “So we tried to find one that had the least impact on those with the least ability to pay in our community.

“And at this place and time, it was a far better choice than the more ominous prospect of passing a property-tax measure,” he said.

Carey had a dire prediction if the Save Our Schools ballot question fails.

“I think the future is going to be more stable with the passage of this measure,” he said of Washoe County. “If it doesn’t pass, it will be a desperate situation and one that I believe will diminish the growth prospects of our region.”