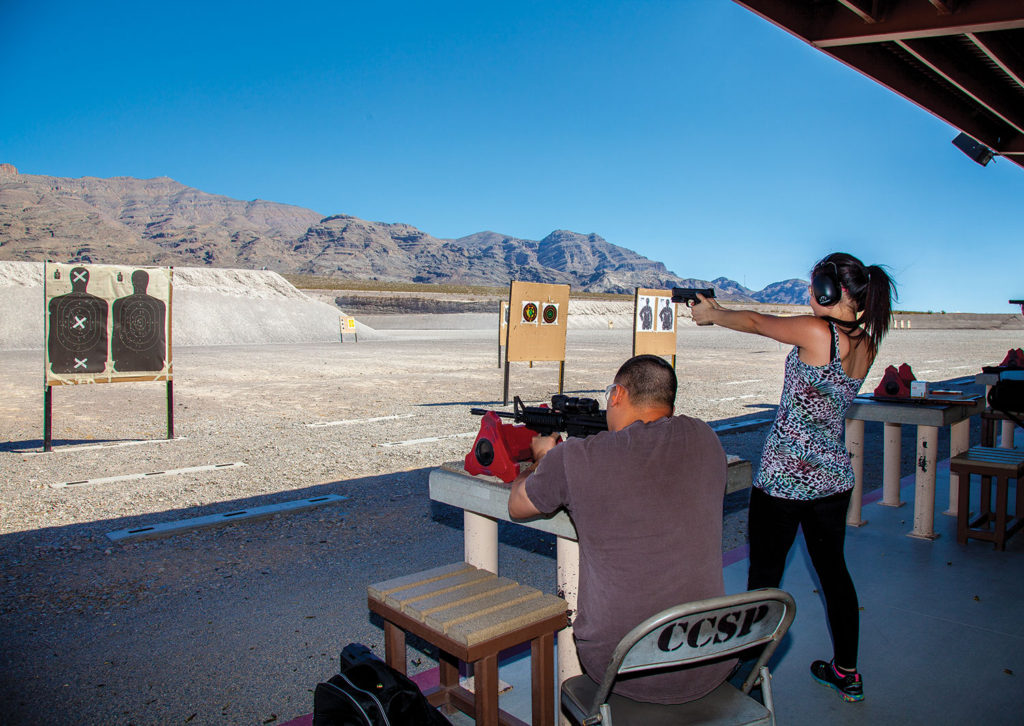 The presence of public ranges, like the Clark County Shooting Complex, helps the people know the importance of guns and their use in daily life. Thus, this creates an educated, aware, and safer community. (Courtesy: Government of Clark County, Nevada)

(Don Turner, Nevada Firearms Coalition) – The reason the Nevada Firearms Coalition and other organizations support public ranges, such as the Clark County Shooting Complex, is because they give us a place to take safely and conveniently our guns to shoot – and to take people new to guns to learn about shooting, and thus, grow the ranks of sporting and shooting enthusiasts.

In a country that has guns and shooting of all kinds in its cultural DNA, that is no small thing. It gets even bigger when one remembers that less than half of the 310 million people in America are shooters – and that number is dropping, not growing. Recall that guns are seldom seen in a positive light in movies and on TV. It is also no accident that the default position of public schools and universities is one of zero firearms tolerance, a policy that goes so far as to decry even pictures of guns in text books, and the hands of children on playgrounds when they hold up a thumb and forefinger and say “bang!” Gun ranges of any kind, including public ones, let us show the positive side of firearms in a venue that is safe, legal and convenient. The Lone Ranger and Hopalong Cassidy taught generations of children something of the good side of guns, and presented firearms in a positive moral setting. Not any more.

For the shooting sports, and indeed the Second Amendment itself, to survive, we need more places to shoot, where the recreational and defensive shooters among us can take new shooters, and grow the sport and the culture. Ranges, public and private, make it possible for us to enjoy our guns today, and help us make sure our grandchildren will be able to do the same for years to come.

Think of them as an insurance for the future health and well-being of the Second Amendment.

Don Turner is president of the Nevada Firearms Coalition, a membership organization of firearms owners, supporters, users, public and private gun clubs and commercial shooting sports enterprises who are interested in promoting and protecting the ownership and safe use of firearms for self-defense, competition, recreation, and hunting. Visit www.NVFAC.org for more information about the group.