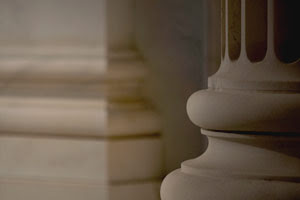 In setting the precedent that bureaucrats will be held accountable and that bureaucratic incompetence and dishonesty will not be tolerated, the Veterans Administration Accountability Act (H.R. 1994) takes head-on the system of entrenched, unaccountable bureaucracy that began in 1883, when Congress passed the law creating today’s civil service system. Challenging that 132-year-old system is an extraordinary action.

Congressman Jeff Miller of Florida, Chairman of the House Committee on Veterans Affairs, has shown consistent courage and determination in seeking to reform the Veterans Administration so it can effectively serve veterans.

The Veterans Administration Accountability Act has drawn support from veterans across the country.

The consensus that is growing for profound reform at the Veterans Administration comes after nearly a decade of adding money and personnel without seeing better outcomes.

Since 2006, the VA budget has increased by 90 percent and the number of employees has grown by nearly 100,000 (a 40% increase). The VA is now dramatically bigger than the entire Marine Corps.

Yet after all of that effort, a recent report warned that the number of veterans waiting a month or more for service had jumped by 50 percent in the last year.

As Chairman Jeff Miller has said, “What’s missing from the equation is not money or manpower; it’s accountability.”

The VA Accountability Act passed out of the Subcommittee on Economic Opportunity yesterday on a straight party-line vote of 5-4.

It will now go to the Committee on Veterans’ Affairs for markup and then to the House floor. Senator Marco Rubio has carried the companion bill in the Senate.

As people learn more about how bad bureaucrats and bad bureaucracy are hurting our veterans, the pressure to pass this simple accountability reform will increase.

I encourage you to contact your representatives in Congress and urge them to cosponsor the Veterans Administration Accountability Act.

What is at stake is much more than just reforming the Veterans Administration.

At a time when the Director of the Office of Personnel Management can shrug off a hacking attack that may have resulted in the Chinese stealing 18 million federal records, we need real reforms.

The Director’s assertion that she doesn’t “believe anyone is personally responsible” for missing a year-long cyberattack which lost the personal records of 18 million people typifies the collapse of competence and accountability in the federal bureaucracy.

The IRS loses billions each year to theft and false refunds. An estimated 26 percent of Earned Income Tax Credit payments were made in error last year (costing up to $16 billion). The GAO estimates that the IRS lost another $6 billion in fraudulent refunds.

The State Department routinely loses money, fails to operate in a timely manner, and runs systems that are simply incompetent.

The Pentagon contains billions of dollars’ worth of waste. It can’t even keep track of its spending using modern accounting systems, and routinely fudges numbers to make its books reconcile for the Treasury.

Hopefully Chairman Miller’s and Senator Rubio’s bills for accountability in the Veterans Administration will be the beginning of a major effort by Congress to enable the bureaucracy in every department and agency to be held accountable and managed effectively.

The next step after reforming personnel management should be to ask the departments to identify the Congressionally-imposed rules, regulations, and restrictions that are almost as great an impediment to effectively managing the government as is the complexity of the bureaucracy itself.

Elected officials should feel encouraged by a recent Clarus poll which found that the American people are overwhelming ready for real change in Washington bureaucracies.

As Ron Faucheux reported, the poll asked “What if a candidate for President made government reform, management performance, and cleaning out obsolete laws and regulations, major campaign issues — would that make you much more inclined to vote for that candidate…?”

As Ron summarized the results:

78% of voters say they’d be more inclined to vote for a candidate for President who made government reform a major issue. Also, 72% of Democrats, 88% of Republicans and 71% of independents agree. While government reform would appear to be a good issue for candidates of both parties, it’s especially powerful among the Republican electorate. Almost half of GOP voters (48%) say they’d be “much more” inclined to vote for a candidate who made reform a major issue; among Democrats, it’s 33%.”

Chairman Jeff Miller and Senator Marco Rubio are leading the way in a reform effort the American people will support and encourage. This week’s vote could become the beginning of real and historic change.