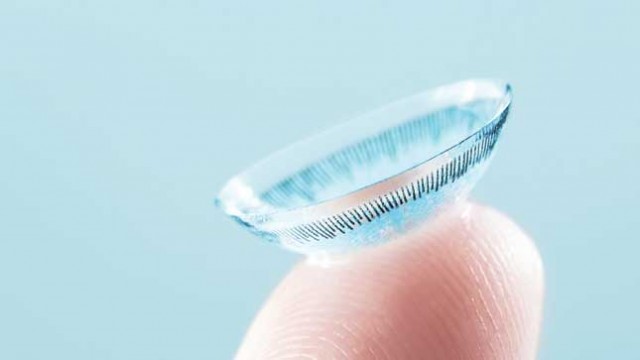 After several decades of hard-earned gains, today’s consumers have more choices than ever for purchasing prescription eyewear. Unfortunately, a recently introduced bill in Congress threatens to move things backward. The legislation comes in a new form, but in reality, it’s just another attempt to help optometrists at the expense of patients.

The eye care industry has been notoriously rife with cronyism largely because optometrists were positioned to act as both doctor and salesman. Patients would go to an eye doctor, obtain a prescription and then effectively be forced to buy products like contact lenses directly from their doctor. This gave optometrists a powerful monopoly over the sale of eyewear, resulting in eye doctors steering patients toward the brands they carried rather than the most affordable lenses.

Recognizing this anticompetitive structure, Congress passed the Fairness to Contact Lens Consumers Act in 2003. The law required optometrists to provide patients with a copy of their prescription, which made it easier for patients to obtain contact lenses from other sellers. The Federal Trade Commission enacted the Contact Lens Rule a year later, further clarifying patient rights in the contact lens marketplace. According to the rule, optometrists were barred from charging fees for prescriptions, patients could not be forced to purchase lenses from their eye doctor and other retailers could automatically issue lenses if a patient’s optometrist decided not release the prescription in a timely manner.

These reforms proved successful in providing pricing competition and market discipline when it came to contact lenses. They allowed patients to purchase lenses through other retailers as well as via the Internet. As a result, in the decade after the Contact Lens Rule was implemented, there was a significant increase in the number of Americans wearing contact lenses. Meanwhile, optometrists saw their monopoly power erode over time.

Despite these successful outcomes, optometrists have refused to give up in their attempts to hamstring the contact lens industry. The FTC found numerous instances of eye doctors still neglecting to release contact lens prescriptions to their patients, which led the agency to propose a revised Contact Lens Rule in 2015. Among other changes, the new rule would require optometrists to provide patients with a written acknowledgement document that informs them of their right to buy lenses from other retailers.

Optometrists claim that even this modest requirement would create an unbearable hassle and have spent the last four years pushing to stop or delay the new rulemaking. This effort has been partially successful — four years later, the revised rule is still pending.

Now, in addition to resisting updates to the Contact Lens Rule, optometrists — spearheaded by the American Optometrist Association — are backing a bill in Congress that further undermines the last decade-plus of reforms. Introduced by Reps. Bobby Rush, Illinois Democrat, and Michael Burgess, Texas Republican, the proposed legislation would ban the use of pre-recorded calls for prescription verifications.

These calls are used when a patient obtains a prescription from their eye doctor and then decides to exercise their rights to purchase lenses from a third-party seller. Once a patient places an order with the third party, that seller must reach out to the prescribing optometrist to verify the prescription. Under current law, if the optometrist does not respond — either out of neglect or recalcitrance — the prescription is deemed automatically verified and the lenses can be issued.

As noted, this setup for verifying prescriptions reflects the fact that eye doctors often refuse to respond in a timely manner when patients choose to buy their lenses elsewhere. Verification calls themselves are mostly routine — they simply require the optometrist to confirm the prescription — and thus it is completely appropriate to use pre-recorded calls for such purposes.

The proponents of the bill are busy conjuring up scary images concerning the so-called “robocall loophole,” which they claim threatens patient safety and could produce poor health outcomes. To date, however, there is no evidence that pre-recorded calls are less effective for prescription verification purposes than any other form of call. Furthermore, modern technology even allows many of these recorded calls to be paused or rewound by the optometrists if needed.

In the end, this legislation is just the latest example of optometrists attempting to use government power to limit competition. Lawmakers should see through this charade and put a stop to these protectionist games.

• C. Jarrett Dieterle is the director of Commercial Freedom and a senior fellow at the R Street Institute in Washington, D.C.