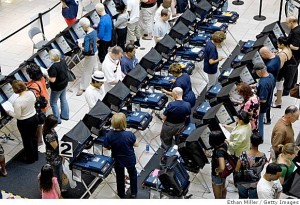 The Republican presidential caucuses in February will kick it off, then there will be filing for office and the state primaries in the summer, climaxing with the General Election in November.

Much of the focus — in light of Nevada’s ignominious status as the state with the highest rates of unemployment and home foreclosures — will be on the presidential contest and who can lead the nation out the economic desert.

But a number of down-ticket races will have a major impact on the future of Nevada. On Sunday in his Review-Journal column Glenn Cook dipped down into the grab bag of races and came up with what he and state Sen. Michael Roberson, R-Las Vegas, are calling the second most important race this coming year.

That race is — drum roll, please — state Senate District 5 in Henderson. That is the seat grabbed from Joe Heck in 2008 by Shirley Breeden when the unions went all in with money and fliers and voter turnout drives, taking out not only Heck but also state Sen. Bob Beers in the northwest part of the valley in state Senate District 6.

With redistricting by the courts, both of those districts now lean decidedly Democratic, as Cook pointed out in a column in October. Currently, the state Senate is made up of 11 Democrats and 10 Republicans. A single win could tip that, and with it, the power to choose committee chairs who hold the reins of legislation.

Since Breeden dropped out, citing the need to care for a family member, the SD5 race thus far is shaping up to be one between former Henderson city councilman and mayoral candidate Steve Kirk on the GOP side and former state Sen. Joyce Woodhouse — defeated by Roberson — on the Democratic side. There has been talk of a woman doctor throwing her hat into the GOP primary, but no announcement so far.

Cook points out that the special masters, who drew up the districts when the Legislature failed to do its job and the governor vetoed everything they cobbled together, painted SD5 bluer.

That works out to a 6 percentage-point Democratic advantage.

But since those numbers were put together the Clark County Elections Department has sent out cards to registered voters. Those voters whose cards were returned as undeliverable were placed on the inactive roles. In case you haven’t heard, there are a lot of vacant homes due to foreclosures and joblessness.

I knew Dan Burdish, the CEO of Citizen Outreach, had been keeping track of the resultant changes in a few key districts, so I messaged him Sunday and asked if  he had the revised party numbers for SD5. He didn’t, but quickly calculated then for me.

It turns out the Dem advantage of active voters in SD5 is now 4.7 points.

But when you consider the 17 percent registered in no party, a majority of whom swung to the GOP side in 2010, and the 5.5 percent in other parties — such as the Independent American Party and the Libertarian Party who might not put up a candidate in every race — are largely people who think the Republicans are too liberal, then that Democratic advantage seems rather slim.

Then, if the past is a predictor of future behavior — whether stock markets or ballot boxes — you also must consider that Republicans turnout at a slightly higher rate than lukewarm Democrats.

In fact, Burdish also put his sharp pencil to SD5 numbers, calculating that if Dems turnout at 70 percent and all of them vote for their party nominee, while GOPers turnout at 75 percent and all vote the party line, and nonpartisans and other parties turnout at lower percentages, splitting 60-40 for the GOP, then the Republican should win SD5 by 677 votes — a nearly 2-point margin. (A similar outcome can be projected in SD6, where Democrat Allison Copening will be defending her seat.)

Though I think Burdish’s figures are conservative, one has to take into account the union ground game in SD5 and SD6 in 2008 and in the U.S. Senate race in 2010 in which Harry Reid defied all the pollsters’ calculations, who used turnout assumptions similar to these, and beat Republican Sharron Angle by busing thousands of union workers to the polls.

The raw numbers of registered Democrats to Republicans in each district don’t tell the whole story. How many of those Democrats were ones caught up in the Obama rapture who’ve long since cooled their ardor and likely will stay home?

Cook ably summed up what is at stake:

“Last year, there was much hand-wringing in the capital about the Senate Republican caucus becoming more conservative. Today, plenty of business leaders and lobbyists are afraid the Senate Democratic caucus is poised to become significantly more liberal. Far-left Assemblymen Tick Segerblom and Kelvin Atkinson, for example, are locks to win Senate races next year.

“If Republicans can’t flip Breeden’s seat or another Democratic district, Segerblom and Atkinson, who are openly hostile to business, would be locks for prominent committee chairmanships. And if that isn’t a scary enough prospect, how about Sen. Sheila Leslie, D-Reno, who’d love to see Nevada adopt levels of taxation that would make California lawmakers jealous, helming the Finance Committee?”

No need to despair just yet. It is a long road to November.

Take today’s poll: Do you believe China’s ownership of our national debt influences how Congress and the President decide trade policy?