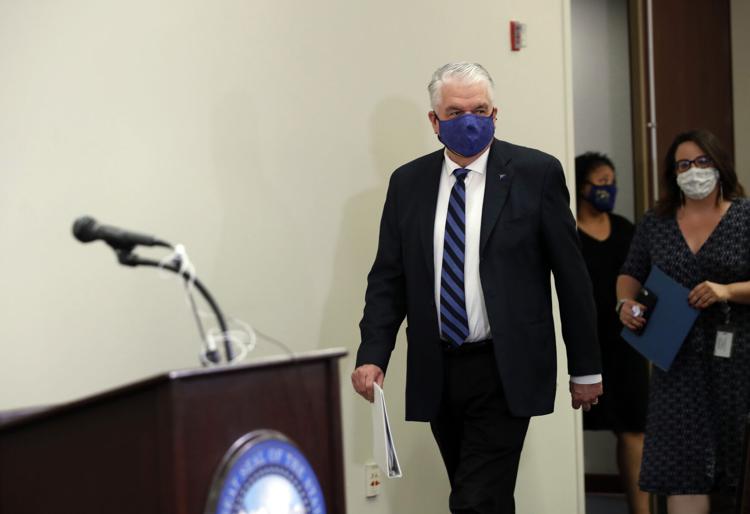 The report, by the Nevada Policy Research Institute (NPRI), lays out three amendments lawmakers should consider adding to Nevada’s Emergency Powers of the Governor Act. They include making it harder to misrepresent an emergency, limiting the duration of an emergency declaration, and requiring emergencies to pose an immediate threat before the governor’s powers are invoked.

“The framers of the Nevada Constitution were acutely aware of the folly of trusting government officials to restrain themselves, which is why they created a system of divided Government, and expressly forbid any one person or body from possessing the power to both write and execute the law,” NPRI Policy Director Robert Fellner said in a statement.

One example of Sisolak’s abuse of power, according to the report, rests in Executive Order #35. In the order, Sisolak claims state law gives him the power to direct and control the movement of Nevadans.

However, the text of the cited statute contains no such language, according to NPRI. Instead, it implores the governor to coordinate responses to declared state and federal emergencies with other governmental agencies.

The report also mentions Sisolak using the phrase “15 days to slow the spread” as justification for the emergency orders, but it’s been over 300 days since Sisolak made this declaration. NPRI argues Sisolak should have to justify his continued use of the powers.

“The Legislature must never again allow a Governor to engage in such unconstitutional behavior, which fundamentally erodes trust in both the rule of law and Nevada’s political institutions,” the report says.

To implement the recommended changes, NPRI says it supports Assembly Bill 93 and Senate Bill 88, both of which would limit Sisolak’s authority under the Emergency Powers Act.

“Consolidating the legislative and executive powers in the hands of one person is the very definition of tyranny. It has also been the normal state of affairs for the past year under Gov. Sisolak, who has asserted the power to regulate everything from the number of family members you can spend Thanksgiving and Christmas with, to what kinds of businesses are permitted to stay open, and even the manner in which churches can operate,” the report concludes.