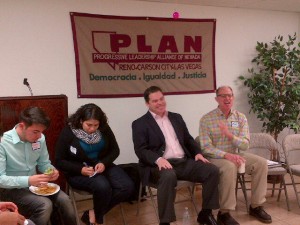 (Nancy Dallas)– Irrelevant of political party, two political characteristics in particular really irritate me – arrogance and double-talk. They mix easily together, but make a distasteful product. I have never met Nevada State Senator Mike Roberson, but his recent political activity demonstrates he apparently has become just such a product.

Realistically, I know it is not uncommon for a candidate to say whatever is “popular” to the voters at the time….and do quite the opposite once elected. That does not mean I like it or accept it, but with my relatively small voice, I generally do not put much effort into trying to point out such reversals to a generally ignorant voting public.

I wish the major media sources would.

Our current President has exhibited an abundance of both arrogance and double-talk and I get rather irritated when the general media does not make more of an issue with his reversals in regards to policies and issues ranted and raved for and against during his earlier campaigns; but, as an admitted politically prejudiced observer, I accept this as ‘just the way things are’ relative to media coverage of this President.

However, when one of my own party, in my own state, blatantly displays such traits and blatantly reverses themself in regards to their campaign agenda, I simply cannot accept it ‘sitting down’.

I interviewed Mike Roberson via email during his 2010 campaign for the Nevada Senate (his first run for political office). I have his political views of that time on hand and was reading them today. The interview was published in Nevada News & Views (February 27, 2010) and other publications.

Roberson spoke strongly, then, against voting to extend the tax increases as passed by the 2009 legislature. He spoke against tax increases, period. Here are a few of Roberson’s words:

(SIDENOTE: Roberson was one of only two Republican senators voting to take the Mining Protection Act out of the Nevada Constitution.)

• “The important thing to remember is I am a conservative first, a Republican second.”

• In response as to whether he would vote for the extension of the 2009 tax increases, he stated “The answer is no, I will not consider voting to extend the tax increases that are scheduled to sunset.”

• Why are you running? “It seems to me that too many of the folks in Carson City have a fundamental misunderstanding of basic economics….they do not understand (or care) that wasteful government spending and increased taxes, equals fewer private sector jobs and less economic growth.”

• In response to “What personal attributes do you feel will best serve you in this position”, he stated “…..I also know what I believe and why I believe it. My views will not change with the direction of the winds or political pressure from special interests…..”

In 2011 Roberson did vote against extending the 2009 tax increases. However; in March 2012 ROBERSON SPOKE PUBLICLY IN SUPPORT OF THE GOVERNOR’S TAX PACKAGE AND EXTENDING THE 2009 TAX SUNSET.

This is not a commentary for or against the tax pledge or pro/con conservative versus moderate Republican ideology. It is a statement of belief that you should vote the platform you got elected on.

Campaigning for his current leadership position, Roberson spoke publicly of the need for more congeniality between the two political parties during the legislative session. The 2011 session was one of the most rancorous, due largely to the hard-handed leadership and questionable tactics of then Senate Majority Leader Horsford. Roberson publicly referred to Horsford as a ‘bully’.

I agree with this assessment and feel he could have been even harsher with his words; however, how can Roberson speak of ‘congeniality’ with the Democrats while at the same time driving a wedge within his own Republican caucus – using his own style of ‘bullying’ and pettiness?

Senator Roberson is now heading into his second legislative session. He is the Senate Minority Floor Leader, elected to this position by his fellow Republican Senators. As his party’s Floor Leader, he gets to appoint his Assistant Leaders and Senate Committee members.

I am not impressed with his apparent criteria for such selections, particularly with his bashing of Horsford and his own self-description, “I am a conservative first, a Republican second.”

And he blatantly ignored other long-serving CONSERVATIVE state Senators, appointing himself and ‘moderates’…..one with only one session of experience.

With this type of leadership from the Republican Floor Leader, why wouldn’t the Democrats be more than congenial….with Roberson’s self-serving, divisive inner-party antics, I would guess the 2013 Senate is already well in the congenial lap of the majority opposition.

(Nancy Dallas is publisher/editor of the NewsDesk blog and writes out of Lyon County. www.ndbynd.com)