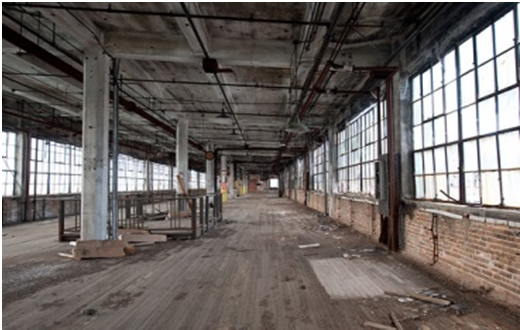 I was wrong. Instead, we have witnessed the hollowing out of our nation’s factories from one end of the US to the other, leaving cities like Detroit and Baltimore boarded up cities of despair, abandoned to the socialist wing of the Democratic Party.  Republicans abandoned our young people to the jobless tombs of desolation we call inner cities today. 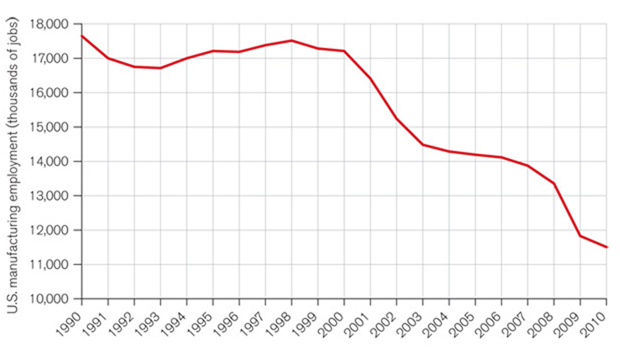 Americans had a huge advantage in productivity back in the 1990’s when the debate raged. But the Chinese bought up our factory equipment and the technology that went with it. The productivity gap closed.

But still today, there is hope. Every US Company that employs Chinese factories will tell you of delays associated with shipping those products across vast oceans, then through US Ports (where we recently experienced a strike delaying product deliveries by months resulting in huge losses) then shipping the products over land by truck and/or train. The cost of shipping along with the three months on average turn around on capital is a measurable cost. That cost is an opportunity for US manufacturing.

Republicans can and should see those costs as an opportunity to fight for US workers and rebuild our manufacturing base. What if the next Republican President fought for a zero tax rate for companies who build and operate factories here in Detroit and Baltimore and the other cities of despair? What if he or she fought for the elimination of the burdens of frivolous law suits, excessive wasteful regulations and Obamacare for those new factories?

Here in my home State of Nevada, Tesla is building a new battery factory. Tesla could have chosen to build their new factory in China. Why did Tesla choose Nevada? Because of huge tax breaks and regulatory waivers. What if we offered that deal to every company who wanted to build a factory here?

And what if those new factories created ten million new jobs for Americans? What if those new jobs where provided to young blacks from inner cities? What if high schools provided the vocational training helping build marketable skills? What if those factories turned out products Americans and the world wanted, creating wealth for the owners, stockholders, workers and local small business suppliers and surrounding communities?

Today, if Republicans refuse to surround to the left’s endless opposition to wealth creation and endless creation of regulations and instead fight for US workers, the 21st Century will be another “US Century.” Or we can watch, from our section 8 government housing units, with our Obama phones, waiting for next month’s government check, on the History Channel black and white video images of a time long ago when America dominated world’s markets.

Mr. Lauer graduated from USC with a degree in Political Science, did internships on Capitol Hill and for President George H.W. Bush. He served in the US Army as a Military Police Officer in 2005-2012, earning the Army ribbon, the National Defense Medal, the Global War on Terrorism Service Medal. He has been fighting for Veterans rights, and conservative and free market principles. He can be reached by email at lauer4nv@hotmail.com.