Roberson “Scam PAC” Scandal Could Be Just Tip of Iceberg 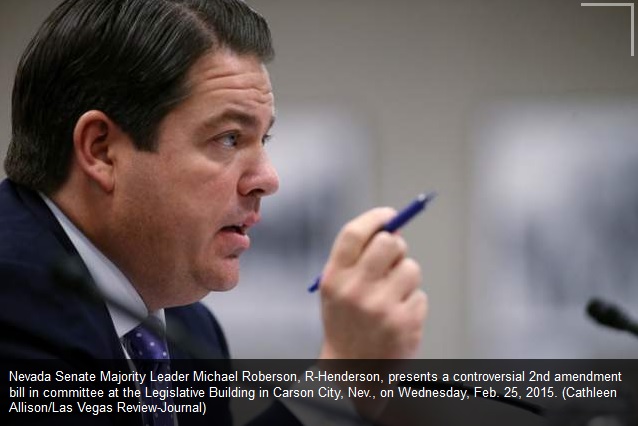 Please forgive me for sugar-coating it.

We were close to Easter, so I was trying to be charitable.

The big problem with “Lyin’ Mike” – now running for Nevada’s 3rd congressional district seat – was his blatant betrayal of all who supported him in his first 2010 run for office when he signed the Taxpayer Protection Pledge on Tax Day at a tea party rally – only to turn around in the last legislative session and lead the charge for the largest tax hike in Nevada history!

But a recent complaint filed with the Nevada Secretary of State further exposes the depths to which Roberson will sink to get what he wants.

Donors to state legislative campaigns are only allowed to contribute a maximum of $10,000 per election cycle.

One of the donors cited in the RJ story contributed the maximum of $10,000 to a hand-picked Roberson puppet candidate, Becky Harris, on December 18, 2013.

The very next day, the same donor contributed $10,000 to each of Roberson’s home-based “scam PACs.”

Then, later in the election cycle, each of the four “scam PACs” donated $10,000 each to Harris’ campaign.

Indeed, it stinks on ice.

But can it be proven that the “scam PAC” donations were illegal “conduit contributions” orchestrated by Roberson?  Well, we’ll have to wait for the Secretary of State’s investigation to conclude before knowing for sure.

But having been in politics for over 25 years now and knowing Michael Roberson personally, there is no doubt whatsoever in my mind that he set up and used those four PACs as a way to skirt, at the very least, the spirit of Nevada’s campaign contribution limit law, if not the letter of it.

And I also suspect that if the Secretary of State’s office digs deeply enough rather than sweep this under the rug, it will find a smoldering campaign finance violation volcano beneath the smoke of this budding scandal.

Roberson is a bad guy.  He’s totally unrestrained by ethics, and probably even the law, in his pursuit of political power.  In my opinion, sending this guy to Washington as a congressman would be like giving the car keys to a drunken teenager.

No good can possibly come from it.

(Mr. Muth is president of Citizen Outreach and publisher of Nevada News & Views.  His opinions are his personal opinions and not necessarily of the organization.)