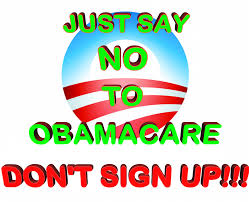 (Sen. Rand Paul) – In the wake of the recent Supreme Court decision, can you still argue that the Constitution does not support ObamaCare? The liberal blogosphere apparently thinks the constitutional debate is over. I wonder whether they would have had that opinion the day after the Dred Scott decision.

While it is clear to anyone who was awake in high school civics class that the Supreme Court has the power to declare whether a law is valid under the Constitution, that power is not a pronouncement set in stone.

Think of how our country would look now had the Supreme Court not changed its view of what is constitutional. Think of 1857, when the court handed down the outrageous Dred Scott decision, which said African Americans were not citizens. Think of the “separate but equal” doctrine in Plessy v. Ferguson, which the court later repudiated in Brown v. Board of Education.

I have a similar opinion on Roe v. Wade. Constitutional scholars such as professor Robert George of Princeton still dispute the constitutionality of Roe: “The Supreme Court’s decision to invalidate state laws prohibiting or restricting abortion lacks any basis in the text, logic, structure, or original understanding of the Constitution.”

The clause that the court majority used to justify the constitutionality of ObamaCare is one that has been subject to debate over the years.

Hamilton and Madison argued over it. Madison maintained that the powers to tax and spend were limited by the powers enumerated in the Constitution. Because what purpose is there to enumerated powers if a general power — the power to tax — could eclipse them?

In U.S. v. Butler (1936), an earlier Justice Roberts (Owen) got it right when he wrote: “The (tax) invades the reserved rights of the states. (The tax) is a statutory plan to regulate and control … a matter beyond the powers delegated to the federal government. … (The tax is) but (a) means to an unconstitutional end.”

(This column was originally published in USA Today.)

N&V StaffSeptember 29, 2022
Read More
Scroll for more
Tap
Is It Time to End Long-Term Unemployment Benefits?
Look, a sugar glut…let’s add to it!