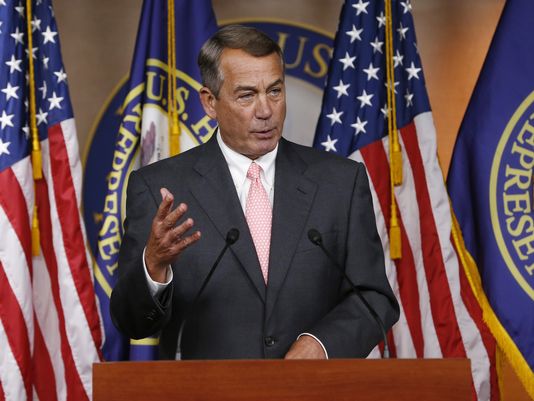 Boehner declares in front of his co-Republicans that he will resign from Congress.

(David Eldridge, Roll Call) – Speaker John A. Boehner told fellow Republicans Friday morning he will resign from Congress and give up his House seat at the end of October, according to members.

The Ohio Republican has been under fire from hard-line conservatives in his conference over the GOP leadership’s reluctance to shut down the federal government in order to defund Planned Parenthood.

According to Rep. Thomas Massie, Boehner told GOP lawmakers during a closed-door GOP conference meeting this morning that he plans to put a clean continuing resolution on the floor — a move that critics of the speaker have warned could cost him his gavel.