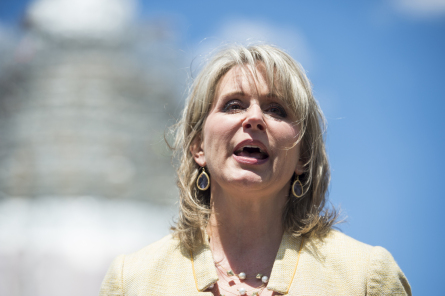 Ellmers was one of the founders of Project GROW. (Photo by Bill Clark, CQ Roll Call)

Project GROW (which stands for Growing Republican Opportunities for Women) was launched in 2013 to try to elect more GOP women to Congress. But with the historic Republican majority in the House, the effort has a big challenge to address in its second cycle: limited room to grow.

“It’s a great project, but I think because we’re looking to the 2016 election, we’re trying to see how we can change it,” said North Carolina Rep. Renee Ellmers, a founder of Project GROW. “We’re just taking in input from members now on how we might be able to improve it. We want it to be a long-term project.”

In its inaugural cycle, Project GROW saw six new women join the House, including one non-voting delegate. But the 2016 landscape is much different.

There are only four competitive open seats this cycle so far. According to the Rothenberg & Gonzales Political Report /Roll Call race ratings, three of those are rated as Tossups; the other Tilts Republican. In 2014, there were 12 competitive open-seat races, with six districts Favored Republican, two Pure Tossups and four Favored Democratic.

N&V StaffOctober 4, 2022
Read More
Scroll for more
Tap
It’s all Greek to me
The Supreme Court’s EPA decision, while not all positive, is worthy of celebration