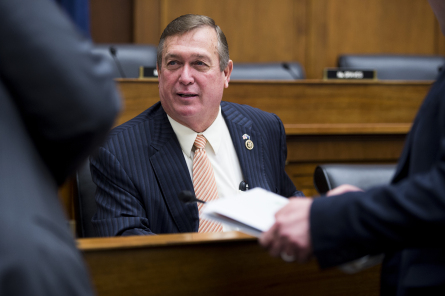 Hardy is one of the most vulnerable Republicans in the House. (Photo by Bill Clark, Roll Call)

Hardy — who is arguably the most vulnerable House Republican in 2016 — has the slimmest lead over former state Assemblywoman Lucy Flores.

In that matchup, Hardy garnered 36 percent to Flores’ 35 percent, with 22 percent undecided.

Against the rest of his potential opponents in the crowded Democratic primary, Hardy holds double-digit leads but never receives more than 39 percent of the vote. That could be problematic for the freshman Republican in a district President Barack Obama carried by an 11-point margin in 2012.