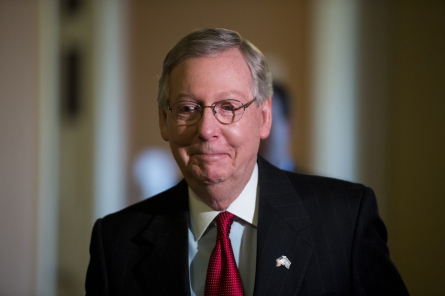 (Niels Lesniewski, Roll Call) – In a pair of losses for conservatives, the Senate voted overwhelmingly Sunday to revive the Export-Import Bank while failing to overcome a filibuster of an attempt to repeal Obamacare — with more fireworks to come.

The rare Sunday votes set the stage for the Senate to send a long-term highway bill tied to the Ex-Im Bank to the House later this week, but not before facing other gambits by conservatives, including a procedural vote forced by Sen. Ted Cruz regarding the Iran deal and an effort to deploy a maneuver akin to the “nuclear option.”

The Senate quickly adjourned for the night after holding the series of votes. The Obamacare repeal failed 49-43, well shy of the 60 votes needed to overcome a filibuster and attach the repeal to the bill aimed at avoiding a highway program shutdown at the end of July.

A bipartisan coalition then beat back a filibuster of the Export-Import Bank amendment proposed by Sen. Mark S. Kirk, R-Ill., on a 67-26 vote. Neither vote was a surprise.