Root: Democrats – “The Party of Murderers, Rapists… And Hillary” 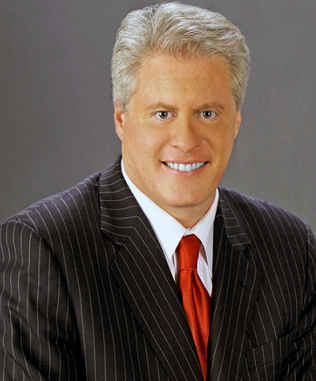 (Wayne Allyn Root) – I’m that rarest of Republican-conservative. Like Donald Trump, I’ve spent my life in the television, marketing, and branding world. I understand how to message. And how to turn lemons to lemonade. The Democrats have handed Donald Trump the perfect TV ad to win the 2016 Presidential election.

McAuliffe is a lifelong best friend of the Clintons. This wasn’t subtle. There was no attempt to hide or disguise what just happened. This is clearly his gift to his close friend Hillary. The Governor of Virginia just added 200,000 low-lives and dirt-bags to the voter rolls in Virginia to try to steal the election for his buddy Hillary.

Funny how these things work when you’re tone deaf of what this looks like to good, hard-working, law-abiding, taxpaying Americans. I guess McAuliffe has spent so much time around typical Democrat voters that he’s forgotten what real Americans think of murderers, rapists, carjackers, home-invasion robbers, pimps, and drug dealers.

Democrat Governor McAuliffe’s new law applies to any convicted felon… even violent felons… even felons from other states now living in Virginia.

It doesn’t just allow them to vote – this new law allows them to run for office, serve on a jury, or become a notary public.

Keep in mind, murder VICTIMS don’t get to serve on juries, or vote, or run for office ever again, but now their murderers do.

Keep in mind, a woman who is raped by a serial rapist might one day see her rapist sitting on a jury, running for office, or serving the state as a notary public.

Keep in mind, this law doesn’t care if the criminal was a serial rapist or multiple murderer… It doesn’t care whether they’ve committed new crimes after their initial conviction… It doesn’t care if they’ve paid back their victims… This law allows a victim who still has $250,000 in medical bills to see the person that shot, stabbed, raped or bankrupted them voting… or running for office.

This is the thinking of today’s Democrat Party.

These are the lengths they’ll go to steal elections.

Lee Atwater, the famous Republican advertising whiz who destroyed Democrat Presidential candidate Michael Dukakis with the Willie Horton TV commercial, must be looking down from heaven with a huge ear to ear smile.

Governor McAullife just handed the election to the Donald Trump and the GOP –  if this is handled correctly.

This is Willie Horton – Part Duex.

Think of “the material” at our disposal. This is so easy it’s like shooting fish in a barrel.

What a tragic monumental mistake Democrats just made. Not just any Democrat – the best friend, ally and chief fundraiser of the Clintons.

I can see the TV ads now. Picture this:

ANNOUNCER: Hillary and Bill’s best friend and chief fundraiser just gave a gift to the Clintons. He just gave voting rights to scum… dirtbags… murderers… the worst of the worst criminals in Virginia… so they can register Democrat and vote for Hillary.

SCREEN IMAGE: Show mugshots of the most heinous criminals – with crimes listed under their faces.

But the murderer, or rapist, or the thug who sold drugs to children is out on street… and voting for Hillary.

This is the length Democrats will go to win elections.

It doesn’t even matter if they are serial rapists… or multiple murderers… or if they committed new crimes… or if they never paid back their victim’s medical bills.

Now they can vote… serve on a jury… become a notary public… and… run for office.

SCREEN IMAGE: Mugshot of murderer… now with a “VOTE FOR ME” ribbon across bottom of screen.

Someday, your rapist may run for office.

Someday, your child’s drug dealer may serve on a jury.

Someday you’ll need a notary public… and your mother’s murderer will be notarizing your signature.

SCREEN IMAGE: Hillary at Congressional hearing saying “What difference does it make?”

This is depth of depravity of Hillary Clinton and her allies.

Democrats – the party of murderers, rapists, drug dealers… and Hillary.

Hillary Clinton herself may be a criminal and disgrace… but THIS is a new low even for her.