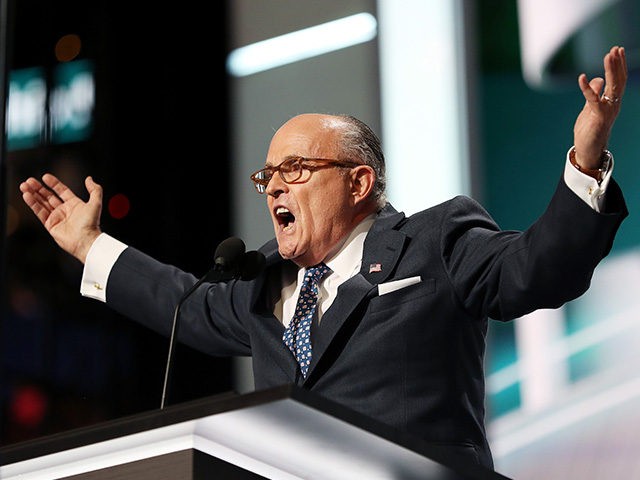 “It’s time to make America ONE again,” Giuliani said. “I know it can be done because I did it by changing New York City from ‘the crime capital of America’ to, according to the FBI, the safest large city in America.”

“Who would trust her to protect them? I do not. Do you? Donald Trump will change all of that. In short, he will lead by leading, not by following. You know Donald Trump will secure our borders. His opponent has had her chance to do this and failed. Hillary Clinton is for open borders. She is in favor of taking in Syrian refugees, even though the Islamic State has told us they are going to put their operatives in these groups so they can carry out terrorist acts against us and our allies. We can’t afford to repeat the mistakes of the past.” Click here to continue reading

N&V StaffAugust 14, 2022
Read More
Scroll for more
Tap
Sean Smith’s Mother Tells GOP Delegates: ‘I Blame Hillary Clinton’
Marcus Luttrell Challenges Americans: “Who Among You will Love Something More than You Love Yourself?”