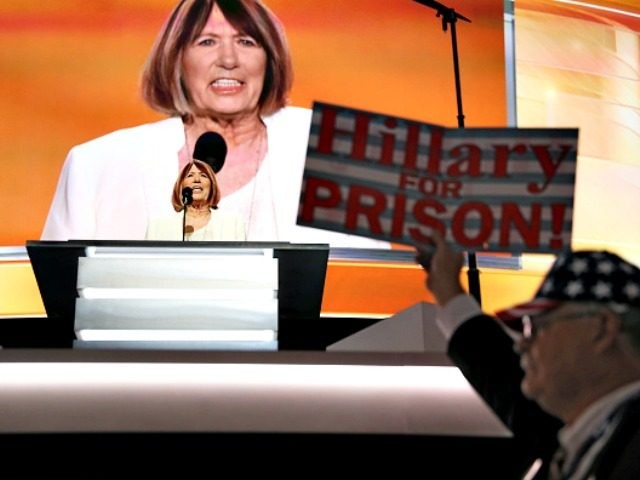 (Neil W. Mccabe, Breitbart) Monday afternoon at the Republican National Convention in Cleveland was a display of rancor and division. But in the evening program of speakers, delegates seemed to bond together as each one discussed a dimension of America’s National Security challenges–especially, when the mother of one of the four men killed in Libya was escorted to the podium.

“My name is Patricia Smith,” she said, wearing a white pant suit and with her hair frosted in brown and blonde streaks. “My son was one of the brave Americans killed during the 2012 terrorist attack at Benghazi. Sean was a wonderful son, and the father of my two amazing grandchildren.”

In less than 10 minutes, Smith, in a voice that cracked but never faltered, shared with the delegates in the hall her sorrow. Smith did not let herself cry, but many of the delegates did cry as thousands of strangers came together in appreciation for her family’s sacrifice. A sacrifice, she said that still remains a painful mystery to her. Click here to continue reading

N&V StaffAugust 14, 2022
Read More
Scroll for more
Tap
Ivanka Trump on Republicans Skipping Convention: It’s Their Choice Not to Be Part of The Future
Rudy Giuliani Brings Downs the House in Cleveland