Ivanka Trump on Republicans Skipping Convention: It’s Their Choice Not to Be Part of The Future

Ivanka Trump on Republicans Skipping Convention: It’s Their Choice Not to Be Part of The Future
N&V Staff 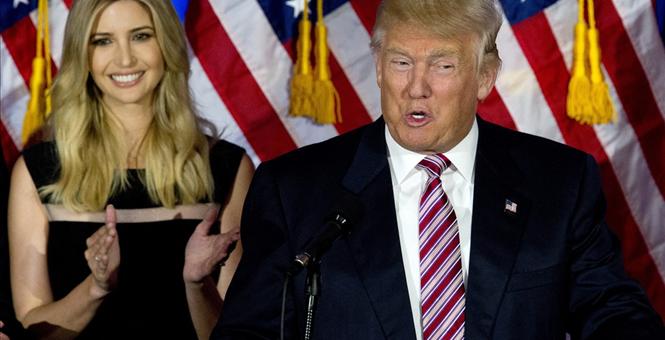 (Katie Pavlich, TownHall) In an exclusive interview with ABC News Ivanka Trump, daughter of presumptive GOP nominee Donald Trump, expressed no disappointment in the absence of GOP leaders at the RNC convention in Cleveland. Senator John McCain, former GOP nominee Mitt Romney, President George W. Bush and others have chosen not to attend.

“My father is an outsider and we went through a very tough primary. He emerged from that the winner, but there were certainly ruffled feathers along the way,” she said. “That’s their choice if they don’t want to be part of the narrative, if they don’t wanna be part of the future, but this is really about a forward looking moment.” Click here to continue reading