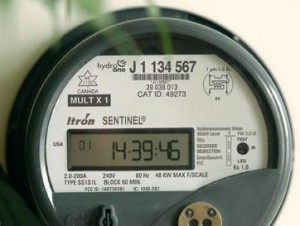 Robert Frank writes: This is a States Rights policy issue. If you live in another state, or have family and friends in other states, a notice to your Governor and Public Utility Commission could be useful as smart meters are not/cannot be “mandated” by the Federal Government and/or by the states. Every Governor and PUC are bound by law to honor the same 4th Amendment and State privacy rights of Americans.

Finally, it should never be considered too late to act. If some people are late in learning about the situation or late in understanding the dangers of smart meters, they can always demand that a Governor protect their Constitutional rights from PUC-directed violations under smart meter programs. It is believed that the intrusive/invasive NETWORKING modules that penetrate and/or planned to penetrate citizens private properties can be turned off, removed, and/or prohibited from being operated at any point in time in the future that citizens demand such actions. We must inform Governor Sandoval, before the Public Utility Commission meeting at 9 AM on February 29, 2012, of our concerns.” – Ed.

(Clark County Republican Party) – Las Vegas – The Nevada Public Utilities Commission (PUCN) is planning to authorize an unconstitutional policy allowing NV Energy to coerce Nevada residents to accept smart meters in their homes. Only Governor Sandoval can intervene at this point by instructing the PUCN to direct NV Energy to convert its smart meter policy to an “Opt-In” from the planned unconstitutional “Opt-Out” with extra fees policies.

The constitutional issue with the smart meter policy involves an invasion of privacy. These meters have the ability to detect, record and report private customer energy consumption and other personal information without prior customer consent. This information could be exploited for commercial gain by the utility or, in the event of a breach of data security, even worse abuses.

On January 23, 2012, the United States Supreme Court issued a decision in U.S. v. Jones in which it ruled it a violation of the 4th Amendment for law enforcement to attach a wireless GPS device to a vehicle to monitor its movements without a court order. This ruling should apply to smart meters as well, but is being willfully ignored by the PUCN and NV Energy.

The PUCN, in 2009, approved a policy that NV Energy has interpreted as allowing it to mandate that customers convert to smart meters. After numerous customer objections the PUCN allowed NV Energy to propose an “Opt-Out” policy where those customers who did not want a smart meter were required to specifically choose to “Opt-Out” of the conversion.

In addition, customers choosing to “Opt-Out” would be subject to outrageous installation fees and additional monthly charges, allegedly to cover the costs to NV Energy of performing manual meter readings. However, as part of its most recently approved rates NV Energy included manual meter readings for all of its customers. The Nevada Attorney General’s office has informed the PUCN that it is a violation of its charter to allow NV Energy to double-dip in this manner.

We have no issue with people who wish to have NV Energy install smart meters in their homes. They should be allowed to inform the utility of their wishes and be able to have smart meters installed on their homes. But those who object to the use of smart meters and the potential for invasions of privacy and the collection of personal information without their consent should not be forced to accept them nor be penalized for that decision. Therefore, to comply with our Constitutional rights, the PUCN must direct NV Energy to change its smart meter policy from one of “Opt-Out” to “Opt-In”, where only those who specifically request smart meters will have them installed.

Despite numerous appeals on behalf of NV Energy customers, the PUCN has refused to act on this matter.

At this point the only avenue left for this policy change to occur is for Governor Sandoval to intervene before the PUCN’s February 29, 2012 meeting and instruct the PUCN to direct NV Energy to change its policy. This is urgent and there is no time to waste.

The Clark County Republican Party urges you to contact the Governor at http://gov.nv.gov/contact/governor/ by February 28th to express your feelings on this vital issue.