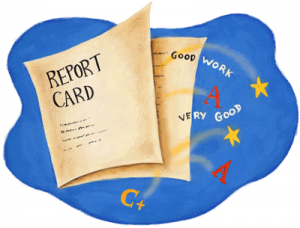 (Geoffrey Lawrence/NPRI) – The data is in. The studies are conclusive. Their evidence is incontrovertible.

This result has been replicated in every location that has implemented a school-choice program over the past 20 years. Beginning with the nation’s first Parental Choice Program in inner-city Milwaukee, but continuing on to Cleveland, Washington, D.C., the state of Florida and elsewhere, jurisdictions that have allowed families to choose their children’s schools have seen those families leave failing schools and embrace better options for their children. As a result, those children have achieved more — graduating at higher rates, going on to college and gaining a greater chance for success in life.

These gains in student achievement have been particularly pronounced among students from low-income and minority families, as these are the families most likely to be zoned into failing schools by their local monopoly school district. Consequently, these students are precisely those who have the most to gain from school-choice programs.

The success of school choice has been recognized by researchers from a variety of backgrounds — including those from free-market think tanks, left-of-center think tanks and the U.S. government. Even though some researchers have quibbled over methodology or assumptions, virtually all confirm that school choice elevates student outcomes.

With such widespread agreement, it’s no wonder that more and more locations are implementing choice programs. In 2011 alone, 13 different states enacted or expanded school-choice programs, and the pace of reform is only accelerating. Already this year, Louisiana, New Hampshire, Virginia and Pennsylvania have enacted sweeping school-choice legislation.

The pace of change is quickening, leaving families in the Silver State wondering when they, too, might be allowed to join the school-choice revolution. Senior advisors to Gov. Brian Sandoval have indicated he’ll pursue that objective in the upcoming 2013 Legislature.

Not all school-choice programs are the same, however, and Sandoval and other advocates of choice should take note of the essential differences.