Science Education – not that important in Nevada

Science Education – not that important in Nevada
N&V Staff

(Bill Hanlon, Nevada Public Education) – Make no mistake, students in Nevada are receiving an inferior education as a direct result of the Governor, Nevada Legislature, and the newly reconstructed State Board of Education. Their definitions of improving or reforming education do not reflect your thoughts. To know that, all one has to do is follow the money to determine real priorities.

As I have said in previous commentaries, when I think about improving public education, what flashes through my mind are the experiences students are having in the classroom learning to read, write, mathematics, science and social studies. When you look at the Governor’s Educational Reform, you clearly see those needs of students clearly play second fiddle to the creating a governance structure that seems to financially reward his networking allies at the expense of students.

The Next Generation Science Standards (NGSS) are being rolled out this year. How much additional funding has been provided to southern Nevada to roll out these new standards? If you are thinking of a number close to zero, you would be wrong. Because the number is zero!!

Most of us would like to think if a superintendent or principal requested help for a physics teacher, a trainer with expertise in physics would be available. Same argument for chemistry, biology, etc. This Governor has repeatedly turned a deaf ear to such common sense requests. The result is a lack of support for teachers at a time we have record numbers of new teachers and substitutes. Science teachers are not going to receive the training or resources they need to teach these new standards. Southern Nevada students are being shortchanged again.

This has happened before. Four years ago under this Governor, this same scenario played out in the rollout of the new common core standards in ELA and mathematics. Back then, the Governor gutted the professional development budget so that funding ended up in a certain legislator’s wife’s program. If that is not bad enough, then when schools are not getting the results, he indignantly demanded accountability. The Governor needs to invest in a mirror! 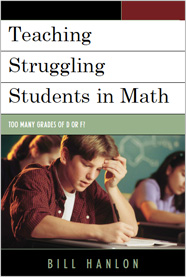 This year, 4 years late, the Governor has finally set aside funds for ELA. The Governor has yet to invest in math. Now, let’s place this into perspective. You can not have quality and rigorous science programs without teachers knowing, understanding and having resources to support those standards. Nor can you have rigorous science programs without having quality and rigorous math programs. Does anyone from the Governor to the State Board of Education have a clue that’s its near impossible to teach the new common core science standards without a good background in math; don’t they know you have to know math to teach chemistry, physics, or engineering? The state says they support the STEM standards, (Science, Technology, Engineering and Mathematics), yet they have asked us to stop offering professional development in TECHNOLOGY for teachers. I wish I could say I’m making this stuff up. But, if you follow the money, you will clearly see students in the classroom.

Nevada’s on its’ third state superintendent since he took office. Because of multiple screw-ups at the state level, Nevada students could not take the common core tests last year. Those screw-ups actually covered up another screw-up by the state. Nevada students would have got nailed on those tests because their teachers did not receive adequate professional development or resources that support those standards. They faced a double whammy because other states purchased material from the testing vendor (public education is a cashcow), to prepare their teachers and students for these tests, Nevada did not. So, a state like California, a member of the Smarter Balance Consortium, purchased three formative practice tests, a summative test, and a digital library with all kinds of resources for teachers and students. Nevada did not. That would be analogous to a football team from California having 3 pre-season games, extra practices, and a playbook to go into a game with Nevada with a team with no practices, no preseason games and no playbook. Thank you Governor. Thank you former state superintendent Dale Erquiaga. Thank you for setting Nevada students up to fail, then using your “transformational” education reform to shift the blame.

Sandoval has been in office five years, his contribution to Nevada’s children: exacerbating the teacher shortage resulting in students being taught by multiple substitute teachers, decreased pay for teachers, class sizes resulting in 38-42 student in algebra classes, lack of support in terms of professional development and resources that could help teachers help your students learn the new standards in math, English Language Arts, and science. What this means is students in Nevada are being shortchanged, cheated, they are receiving an inferior education by the design of the Governor and State Board of Education who are too anxious to take care of their networking cronies and not your children.

It’s damn near impossible for students to get any kind of education they need when there is a horrific teacher shortage, students are taught by substitutes, multiple substitutes or no teacher at all. And with thousands of first and second year teachers not getting the support they need, students of inexperienced teachers are left dangling in the wind. Imagine, no don’t imagine, look at class sizes in math with 38-42 students in them. It’s a disgrace! Who would want to come here with those teaching conditions? Being clear, these problems arise because the Governor and his newly constructed State Board of Education had other priorities.

Is it too much to expect or ask Governor Sandoval, former state superintendent Dale Erquiaga and Board of Education President Elaine Wynn just take a few seconds out of their busy little days and ensure schools had funding so every student has a qualified teacher, that class sizes are reasonable, and teachers have the support they need to help their students succeed. Ignoring the obvious issues is exactly why Nevada consistently ranks near the bottom in education.

The “education” budget was increased by $ 1⁄2 BILLION , yet the Governor, now former state superintendent Dale Erquiaga, and State Board president Elaine Wynn got legislation passed that actually cut the per student allowance to schools leaving Clark County schools with over a $60 million deficit. How is it possible that after 4 years, no additional investment has been made providing training and resources in mathematics? How is it possible that southern Nevadans will not see one dollar increase in teacher support for the rollout of the new science standards?

It’s clear when you follow the money that science education is just not that important in Nevada. Governor, teachers matter! Qualified teachers matter! Experienced qualified teachers with the needed resources have the best success rate of increasing student achievement. It’s time you invest in teachers, in what they teach, how they teach and assess that knowledge and resources that support their instruction.