Assemblyman provides ‘inside baseball’ on pressure facing lawmakers in Carson 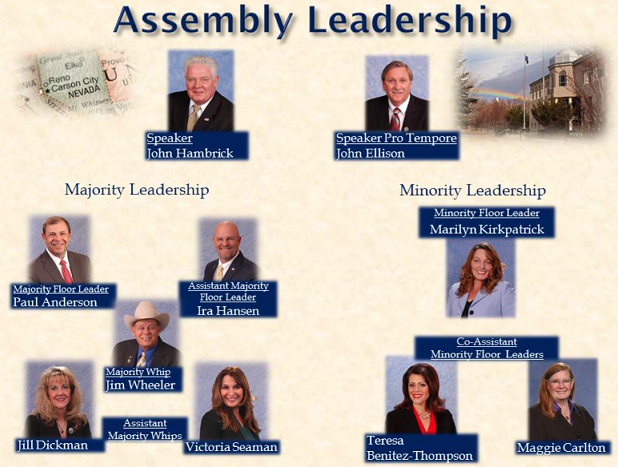 (Victor Joecks of NPRI) – Gov. Brian Sandoval and Sen. Majority Leader Michael Roberson have worked hard this session to give Sandoval’s massive increase in government spending — a budget that’s ballooned to $7.4 billion — an air of inevitability.

They’ve pushed this narrative even though the governor’s preferred new tax, the Gross-Receipts Business License Fee in SB252, is widely understood to be dead. Senate Minority Leader Aaron Ford even stated that SB252 had no chance in the Assembly.

Despite that victory for taxpayers, the governor’s team and allies in the Legislature have publicly expressed confidence that they have the votes for some yet-to-be-announced “hybrid” tax package that raises over $1.3 billion in higher taxes, which will likely include $750 million in “sunset” tax increases.

Hickey recently posted two entries on his blog, Soup to Nuts, where he used a baseball motif to do a member-by-member analysis on which Assembly Republicans he believes are on the Governor’s “team” when it comes to passing tax increases.

Both entries are worth reading for many reasons. For one, the public will rarely get a clearer picture of what “inside baseball” is like in Carson City.

Shelly Shelton: A quiet business owner and proud homeschooling mother, Shelly also won a surprising election last November. Whether it was the Republican wave or the Democratic puddle that placed Shelley in Carson City, it will be tough for her to come back if Republican coaches don’t recognize her as someone who wants to play on their team.

Implicit in that last statement is the threat/promise being dangled before many Assembly members: “Will you ignore the will of your constituents by voting for tax hikes in order to be on the establishment ‘team’?”

There’s an unstated implication that “playing” on Sandoval’s “team” comes with assurances of campaign contributions and assistance — both of which would be needed against a primary challenger appealing to GOP voters angry over RINO votes for the largest tax increase in state history.

Hickey identifies one assemblyman, Stephen Silberkraus, as applying to Sandoval’s “team” for a “long-term contract.”

Stephen Silberkraus: The Henderson freshman surprised the competition (both in the Primary and the General Election) and is a strong contender for the “Centerfield” job. He seems to understand that playing ball on Coach Sandoval’s team is probably the best guarantee of a long-term contract in his Democrat-leaning district.

What should be distressing for parents and taxpayers is the absence of discussion among the would-be tax hikers of the “merits” of the governor’s proposed $1+ billion spending increase. Former Nevada superintendent James W. Guthrie insightfully described Sandoval’s $721 million in new education funding as appearing “guided more by political expediency — greasing squeaky wheels — than a goal of effective education.” Many lawmakers also doubt that Sandoval’s latest proposals do anything other than throw more money into the already wasteful system.

What follows is a best-guess interpretation of Hickey’s list. It is important to note that these arenot the positions lawmakers have publicly or privately taken, but simply what Hickey publicly stated about each. NPRI’s internal whip count has some similarities, but also some differences.

Citizens who want their lawmaker on the taxpayers’ team should email and call their elected officials and urge their friends, families and circles of influence to do the same.

More likely than not to support tax hikes: