Seaman: Updates from the Campaign Trail

(Victoria Seaman) – I’m looking forward to seeing you at my Paella Dinner fundraiser, where you can join with some of my campaign’s key supporters. On the road to the primary, I’ve encountered warm support for my campaign, and I am thankful to all of you for your support. I want to highlight an endorsement from one of Nevada’s leading conservatives that I’m proud to have earned. 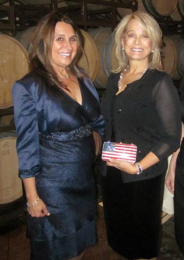 Sue Lowden, former Nevada State Senator and Nevada Republican Party Chairman, has endorsed me in my campaign for State Senate District 6.  Sue is a prominent member of the Southern Nevada community and is an advocate for small government across the state and nation.

“Victoria speaks the truth and keeps her word.  She is not one who thinks we need to trade our principles of low taxes in exchange for education reforms.  She has fought for both – and that is why I am endorsing Victoria Seaman for State Senate, District 6.” – Former Nevada State Senator and Nevada Republican Party Chairman Sue Lowden

I am honored to have her support. 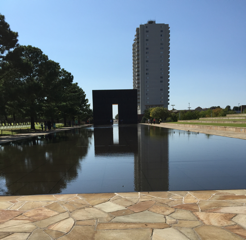 As part of my continuing service to the people of Assembly District 34, I traveled to Oklahoma City to attend the National Foundation for Women Legislators annual conference in Oklahoma City, OK.

While at the conference, we heard from other elected officials, policy experts, and had the opportunity to tour the Oklahoma City Bombing memorial and museum. I was touched by the way the people of Oklahoma and our country responded to the crisis, donating time and treasure to help the city deal with the aftermath of the bombing.

Conferences like these offer opportunities for continued learning—I was humbled and inspired to learn about the struggles victims of human trafficking face in our own country—and particularly in Las Vegas.

Because of contacts I have made at this conference, I am committed to continuing work on policies that will punish the offenders and empower victims in Nevada. I hope I can count on your support as I fight to bring this issue to prominence in our State Senate. 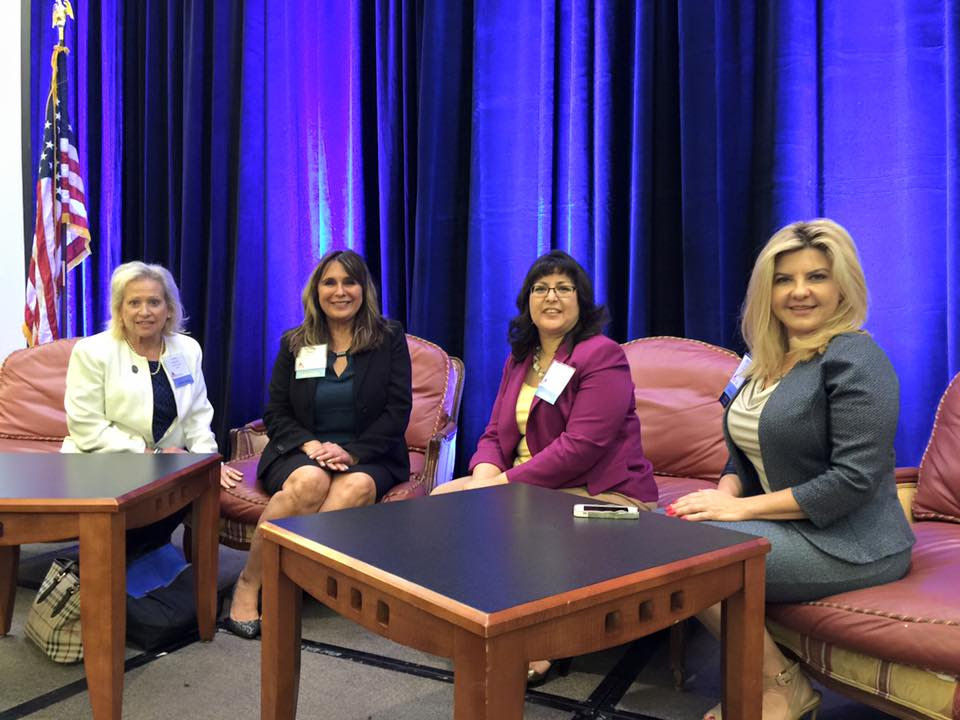 This past week, I joined with Las Vegas City Councilmen Stavros Anthony and Bob Beers, the Mayor and other city council members to celebrate Constitution Day and National Hispanic Month at the Las Vegas City Hall.

As part of Constitution Day celebrations my friend, Brenda Flank, president of the Conservative Alliance for Community Growth, was recognized by the Mayor and Councilman Anthony for her outstanding work educating young Nevadans about the importance of our country’s constitution.

You can join Brenda and me at the College of Southern Nevada’s Cheyenne Campus on Saturday, September 19th at 10:00 a.m. to celebrate the United States Constitution. You can find more information about this event here. 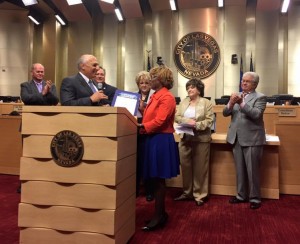 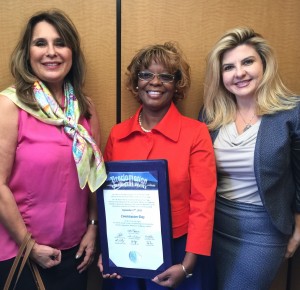 There is no shortage of people in this community working to make it better. I was honored to join my friends from Catholic Charities to present them with a legislative proclamation to recognize and commend their service to the residents of Las Vegas.

Catholic Charities administers the Meals on Wheels program in Southern Nevada, ensuring that the elderly and homebound have access to fresh, hot meals. I want to again thank them for all of their hard work. 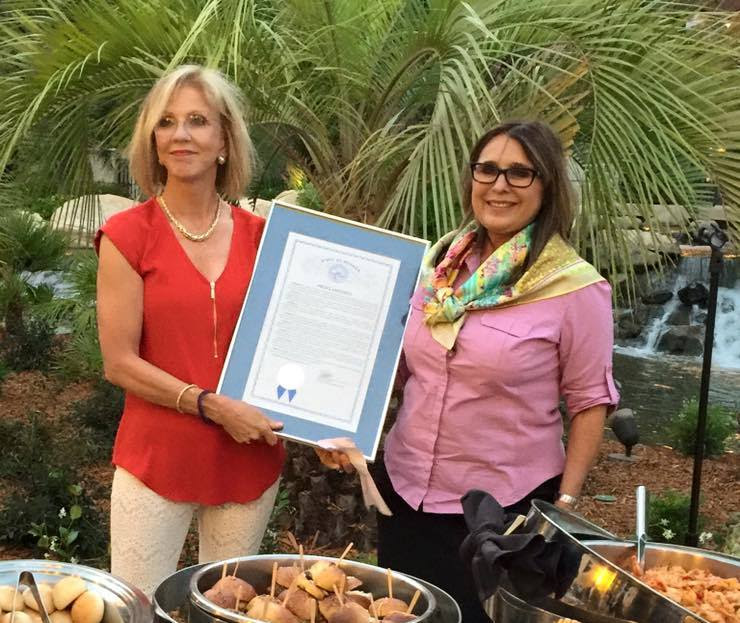 I was honored to attend and welcome Letizia Agency to their opening in Tivoli Village in District 34 on September 10.  I will continue to make incentivizing businesses to create jobs and grow in our state a priority. 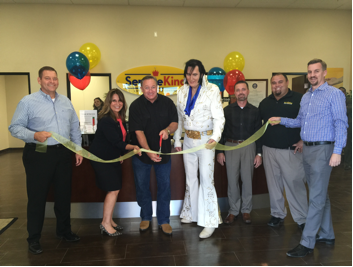 Join me for a Paella Dinner fundraiser at one of downtown’s most chic new locations, El Sombrero Café on October 5th at 5:30 p.m. Be sure to get your tickets soon, seating is limited! 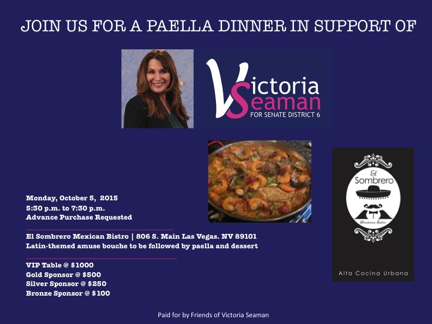 Lastly, I was invited to meet with home-care workers to hear their issues. It is important as a legislator to hear the needs and concerns of everyone. 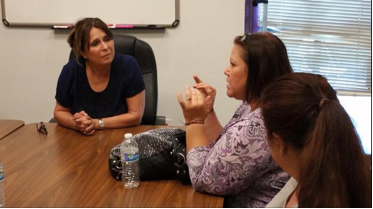