Las Vegas, NV – Nevada Attorney General Adam Paul Laxalt announced that Richard James Penardo, Jr., 44, of Las Vegas, was sentenced to 3-10 years in prison for one count of unemployment insurance fraud, a category “B” felony. The fraudulent acts were committed between July and September 2011.

Penardo worked with one or more co-conspirators who filed unemployment claims on his behalf. In doing so, they falsely informed the State’s Employment Security Division that Penardo was able to work and failed to disclose that he was, in fact, incarcerated in the Clark County Detention Center and High Desert State Prison during the time the claims were filed. As a result of those claims, Penardo and/or his co-conspirator(s) collected more than $4,700 in unemployment benefits insurance benefits.

“Those considering defrauding the state of Nevada should think twice, and note that attempts to swindle taxpayers will not be tolerated by this office,” said Laxalt. “We will continue to partner with other public agencies to ensure State assistance programs are protected from frauds like this one.”

Last year, co-conspirator Tanya Boggio pleaded guilty to a category “C” felony unemployment insurance fraud as a result of her role in the conspiracy. She was subsequently sentenced to a 12 to 60 month term of imprisonment.

This case was investigated by the State’s Department of Corrections and Employment Security Division, and was prosecuted by the Attorney General’s Office. 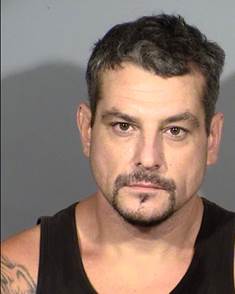