Sharron Angle without the Artificial Sweeteners 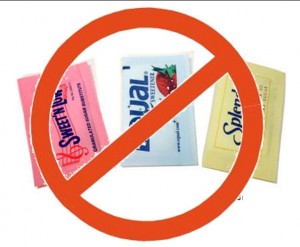 In response to recent criticism by yours truly of a pair of special interests who helped Harry Reid propel Sharron Angle to the GOP nomination for U.S. Senate last year, Peter Hennessey of Carson City writes: “What is wrong with having won the endorsement of the Club for Growth and the Tea Party Express? That is exactly the platform a real Republican SHOULD run on.”

I agree 100 percent. In fact, I’ve been a supporter of Club for Growth since its inception a dozen or so years ago, long before it was “cool” to support Club for Growth. Still am. After all, here’s what CFG stands for:

I mean, what fiscal conservative can argue with that? Which is exactly the point.

While Sharron Angle supported CFG’s agenda, so did Sue Lowden. And Danny Tarkanian. And John Chachas. And Chad Christensen.

So for CFG to come into Nevada and trash Sue Lowden on behalf of Sharron Angle when the only real difference between the two as far as CFG’s agenda is concerned was that Lowden had the better chance to win in November was, in my opinion, a rare political miscalculation on the organization’s part.

Usually CFG sides with a clearly superior fiscal conservative over a clearly inferior wishy-washy Republican in primaries. That wasn’t the case here…and CFG helped nominate a candidate who was able to win the primary but was destined to lose the general.

Don’t get me wrong; I’m still a big Club for Growth fan. I just hope they now see the light regarding Sharron Angle.

And then there’s the Tea Party Express.

This California PAC’s bus rumbled through Nevada a number of times prior to the GOP primary last cycle. At each stop, I believe, Sharron Angle, Danny Tarkanian and Sue Lowden all supported their organization and spoke at their rallies. And all three clearly articulated and harbored the fiscally conservative, constitutional principles being espoused by the tea party movement.

Without interviewing all of the candidates, including those who had spoken at their rallies….

Without bothering to consult with any of the local, Nevada tea party leaders….

And without any notice….

TPX decided to endorse Sharron Angle in mid-April and dumped in a ton of money in Nevada to artificially raise her campaign from the back to the front of the pack. And then, after helping saddle Nevada Republicans with the weakest conservative candidate possible against the most vulnerable incumbent Democrat senator in the nation…they disappeared.

I think TPX returned briefly only once during the entire general election cycle and it was pretty late…after the damage had already been done. I also don’t believe TPX spent anywhere near as much money helping Sharron Angle defeat Harry Reid as they spent trying to defeat Sue Lowden and Danny Tarkanian.

If I’m wrong on that, TPX, please let me know and I’ll be happy to correct the record.

Regardless, TPX knew virtually nothing about Nevada or the GOP candidates (and, btw, don’t they have enough problems in their own California back yard to clean up first before coming into ours?) other than the fact that they were running against Harry Reid and knew they could raise a boatload of money off the race.

Nothing wrong with that….EXCEPT they bet on the wrong horse, and gave everyone the false impression that Angle was the “tea party” candidate when in fact she was really only the Tea Party Express candidate. And now Nevada and the rest of the country are saddled with Harry Reid for another six years because of their mistake.

But not satisfied with helping blow that ginormous opportunity last year, TPX is now back meddling in Nevada politics once again.

Despite the fact that everyone and their uncle, including the Democrats, knew that the BEST thing for the limited-government, fiscally conservative movement in Nevada was to appoint Rep. Dean Heller to replace Sen. John Ensign, TPX – and ONLY TPX; not any of the local Nevada tea party organizations or leaders – actually urged Gov. Sandoval NOT to appoint Congressman Heller.

All of which still wasn’t my original point.

Let’s wrap up with a quick look at the upcoming CD-2 special election.

If Sharron Angle was running one-on-one against, say, Reno Mayor Bob “RINO” Cashell in a GOP primary, I’d say Club for Growth and Tea Party Express should come in and play as big as possible on behalf of the only real conservative in such a race.

But she’s not. She’s running in a GOP-majority district in which all of the declared and expected-to-declare candidates on the Republican side are declared fiscal conservatives. Whichever GOP candidate emerges is likely to well-represent the limited-government, fiscally conservative philosophy of both the Club for Growth and Tea Party Express.

So this time, why don’t we let Sharron Angle run without the training wheels? Let’s see how she does standing on her own without outside interests artificially propping up her campaign. I mean, if she hasn’t learned how to win after consecutively losing a congressional race, a state senate race and a U.S. senate race, then maybe the horse is a nag and it’s time to put her out to pasture, right?