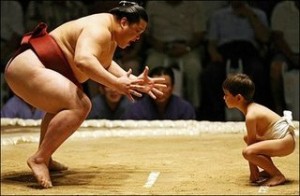 (Michael Chamberlain/Nevada Business Coalition) – A small contractor from Elko is continuing its fight against a union that the company claims is trying to force it out of business. As we discussed previously, Mach 4 Construction is a general contractor that signed what it believed to be a one-year contract with the Operating Engineers Local 3 in 2007. The union has rejected Mach 4’s attempts to terminate the agreement and maintains the company has been subject to the contract to the present day.

Federal Judge Larry Hicks has set a December 6 trial date to hear the case. One of the items at issue in the trial is whether or not Mach 4 was subject to the union agreement after the company delivered its notice to terminate the contract in 2008.

Even as Mach 4 contends the union continually sent ill-trained and unprepared workers to Mach 4 jobsites, neither side disputes the company complied with its agreement and made proper payments to union members and Trust Funds during the one-year period everyone agrees the contract was in force. The union claims that Mach 4 did not properly terminate the contract and that it should be forced to make payments to the union and its Trust Funds to cover the last 3-1/2 years, during which Mach 4 believes it was not subject to the agreement.

Mach 4 also announced that one of its employees, Jacob Kendall, has filed an independent action against the Operating Engineers Trust Funds. A statement from Mach 4 says,

According to Kendall’s suit, the Trust Funds out-of-court collection activity are illegitimate and violate the trustees’ fiduciary duty to participants such as Kendall not to annihilate employers of Plan participants. “As far as I know, Mach 4 has not been a Union shop since 2008. Yet, the Union contends otherwise, and, if they’re right, I don’t want their out-of-court collection activities against the company to destroy my livelihood. They’ve said they’re trying to close the company’s doors, and I believe it. So I’m taking a stand to stop that from happening,” said Kendall.

Nevada is one of the few states in which unions and their Trust Funds can pursue the customers of union companies for unpaid contributions after the union company has declared bankruptcy and/or gone out of business. The Operating Engineers Trust Funds have already attempted to force Mach 4’s customers to make payments to them rather than Mach 4. If Mach 4 were to close its doors, the Trust Funds would then be free to go after the deeper pockets of the company’s customers.

Mach 4 is continuing to fight the union – to keep its doors open and its workers employed – literally the fight of its life.

N&V StaffSeptember 14, 2022
Read More
Scroll for more
Tap
How to Own Your Own Home And Never Pay a Mortgage, Courtesy of Nevada Legislature
170 Nevadans Have Joined Group Fighting Excessive Federal Regulation