Some Will Use History to Destroy Us

Some Will Use History to Destroy Us
Penny Press 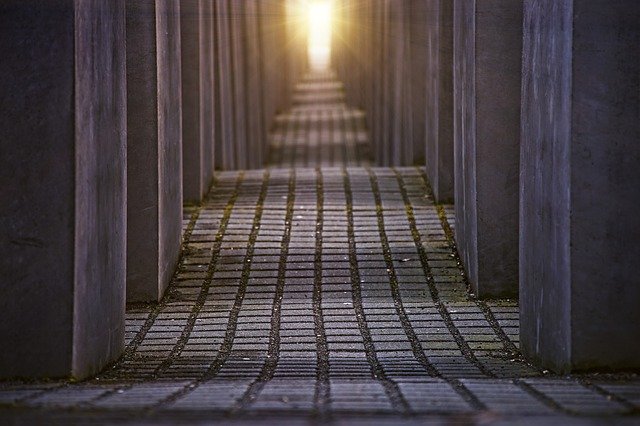 (Patrick Norhrden) – History teaches us what not to do.  But those who know history will know how to repeat it, if it suits them, whether it benefits humanity or not.  We are now seeing history repeat itself, and it is no accident.

One of the worse incidents in modern history is the Chinese Cultural Revolution.  Mao Zedong was the leader of China, but despite his rise to the top, his perch on the throne of his new dynasty was still precarious.  There were many in the leadership of the Chinese Communist Party that questioned his leadership, especially considering Mao’s failed five-year plan known as the Great Leap Forward which resulted in the most horrific famine in the history of the world, with approximately 50 million people dead of starvation.

Mao hung onto his authority by a thread, and there were rumors that he would soon be replaced by the Politburo’s Standing Committee.  His problem was that despite years of identity politics which helped him rise to the top, too many Chinese, particularly the educated class, owed their loyalty to the nation and the Party more than to Mao.  Mao’s true enemy was the people of China and their fealty to tradition and intellectualism.

In order to retain his power and to make him even more powerful, Mao launched the Cultural Revolution.  He gathered the nation’s students on Tiananmen Square and in other cities throughout China, extolled the students on their virtue of being true revolutionaries, reminded them that the Communist revolution was not over, and implored them to destroy the Chinese culture.  These students became known as the Red Guard.

Under Mao’s direction, the Red Guard went throughout the country, beginning in the cities, and destroyed what was old, or as Mao phrased it, “the four olds”: old ideas, old customs, old culture, and old habits of mind.  This gave the Red Guard license to destroy houses of worship (Buddhist, Christian, Taoist, all of them), and to terrorize and even kill civic leaders, intellectuals, writers, artists, clergy, Christian and Buddhist clerics, the elderly, former landowners, and teachers.  Anybody with any education was considered an enemy of the state.  Cultural monuments were ransacked and destroyed.  Tombs of historically significant Chinese were desecrated, teachers were tarred and feathered then dropped from the tops of buildings.

Soon, anybody who was accused of having improper thoughts were arrested and forced to confess their sins against the people of China.  Anybody who was not a member of the Party was considered an oppressor of the people, and they were forced to confess their whole life story, having to recall every conversation they ever had with foreigners, bankers, and non-Communists.  What meager property they had was confiscated and they would be detained for however long was necessary to change who they were.

Children were encouraged to turn in their parents if the children believed their parents harbored antirevolutionary ideas.  People ratted out their neighbors.  On a mere suspicion, people’s lives were turned upside down and they were subjected to hellish conditions, which often led to death.

Because teachers were all suspected of being counterrevolutionaries, schools were closed for as long as three years.  When they reopened, there were no textbooks, as they had all been burned.

University students formed committees, each monitored by a CCP political officer, and wrote history textbooks by consensus.  This, of course, resulted in history textbooks much different than those that were burned.  Students learned to read using The Little Red Book, a collection of sayings by Mao Zedong.

Teachers were replaced by peasants and factory workers who could barely read and write, because all the school-trained teachers were gone.  In many places, doctors were gone, too, because they were educated and therefore counterrevolutionary.  Instead, uneducated people were assigned to jobs as doctors and forced to learn while doing.

During the Cultural Revolution, the China dispensed with the rule of law.  The police were minimized, and justice was meted out by revolutionary committees.  Simple crimes, such as theft, were treated as a political matter rather than a legal matter.  People could be ordered to prison simply for having the wrong political thought, for committing acts that were counterrevolutionary in nature (such as hoarding wealth), and for participating in illegal gatherings (like playing mahjong with your neighbors).

Gradually, life eased up in China after Deng Xiaoping was rehabilitating after being disgraced for his lack of revolutionary zeal.  China opened up a little, people were allowed to amass wealth, and everybody wanted to be a rich entrepreneur or an NBA player.  The effects of the Cultural Revolution still linger, which explains why China’s richest person, Jack Ma, disappeared for three months after making some statements critical of the current regime.

It is important that we know this bit of Chinese history, this decade of horror, because there is evidence of the same thing happening in America.

The Red Guard was not a single organization with a central power structure.  It was really several groups, some better organized with than others, who competed for power and control.  The best parallel to China’s Red Guard would be Antifa and BLM.  Neither BLM nor Antifa are single organizations but are collections of like-minded people operating under the Antifa and BLM banners.  Some elements are stronger and better organized, and may even speak for the movements they represent.

The common purpose of both BLM and Antifa is to destroy American culture, tradition, ideas, and habits of mind.  They do this by destroying monuments dedicated to our history, vilifying important historical characters, dividing the population in order to destroy trust, disrupting the role of the family, controlling our speech, and impeding with our ability to assemble.  This becomes much easier when the police have been pushed out of their role, and America’s “Red Guard” is allowed to freely roam and terrorize others, such was the case in Portland, Seattle, and Minneapolis.

When Antifa and BLM protestors are allowed to loot and set fires to businesses, to terrorize residents of a neighborhood, and even murder, and our public leaders dismiss these actions as mostly peaceful protests, we have lost the rule of law.  When actual peaceful protestors are arrested for having caused an insurrection merely for voicing their opinions, we have lost the rule of law.

The Chinese Cultural Revolution lasted for ten years.  So far, ours is a little over a year old.  One can only wonder how much longer we will allow ours to last.  That depends on who benefits from it.

We have often heard the phrase “being in the right side of history.”  It feels like being on the “right side” is being on the good side.  But that is not always the case.  It really means that you are on the right side of history if you are left standing when all is said and done.  That explains why Democrat politicians say what they say in support of BLM and Antifa.  That explains why large corporations seem to go along with what is considered “woke.”  They want the power and the glory that comes after a victory, no matter the righteousness.

The only way we can stop the American Cultural Revolution is by reinstituting the rule of law, and that does not mean incarcerating everybody who supported an opposition party member.  It means that if you break a window, if you loot a store, if you set a police building on fire, you go to jail.  Fortunately, we are a true republic with fifty sovereign states. Some of these states are not putting up with it.  Without the states’ sovereignty, we would be much closer to the endgame of those who want to destroy us.