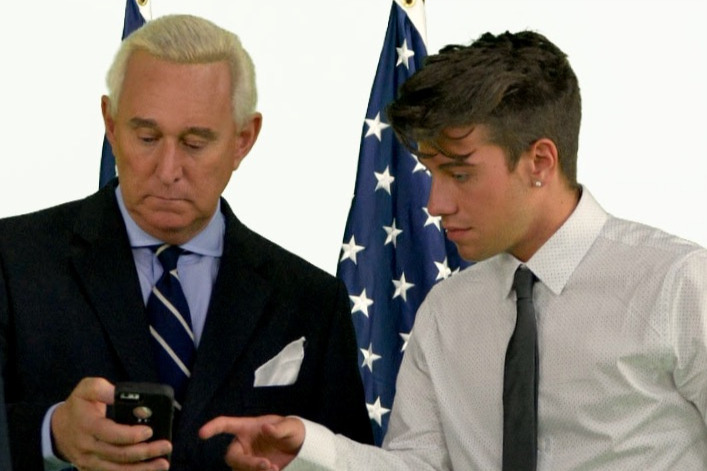 My name is Nick Stevens. I am the grandson of the legendary Republican Political Operative and longtime Donald Trump advisor, Roger Stone.

While it is very cool to have your grandfather be an important part of history, I can tell you that is not fun for me to see my grandfather and our family under attack.

Not only is my grandfather, Roger Stone being sued in a bunch of expensive, frivolous “sore loser” lawsuits by the Democrats and other far left Obama affiliated organizations, but now “out of control” Special Counsel Robert Mueller, having come up completely empty handed in his investigation of any Russian collusion or trafficking in allegedly hacked emails with WikiLeaks or Julian Assange or any evidence that he knew about the publication of John Podesta’s embarrassing emails in advance, seems to be trying to conjure up some bogus legal offense against my grandfather in an effort to silence him and bankrupt and destroy our family.

I know for a fact that my grandfather’s legal expenses from his lawyers are expected to be more than half a million dollars. My grandfather has even been forced to use the small amount he has made from the sale of the five books he has written that was supposed to help pay for my college education and the college education of my sisters and my cousins – all of Roger Stone’s grandchildren.

Don’t get me wrong, my grandfather, Roger Stone is a tough guy, but I have seen first-hand the stress of this phony investigation.

These funds will only be used for expenses related to defending my grandfather from all of the lawsuits, investigations, and attacks that have been brought against him after the election of Donald Trump.