Stupid Is as Las Vegas Does

Stupid Is as Las Vegas Does
N&V Staff 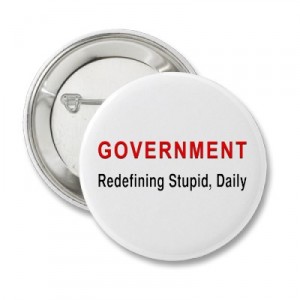 So I go downtown to see my attorney this morning after doing KNPR’s “State of Nevada” program…and we decide to go grab lunch. He suggests Mamita’s Mexican-Cuban restaurant on East Fremont Street.

My friend and I had a good lunch and good conversation for about 45 minutes, paid the bill and headed out to the parking lot so I could get him back to his office in time to get to a court appearance.

Only….when we approached the car we noticed that there was a bright orange flyer under my windshield wipers, a bright orange sticker taped to my driver’s side window, and a freaking bright orange “boot” on both my front and rear tires!

I read the bright orange sticker on the window and learned that “This Vehicle Has Been Booted: Do Not Attempt to Drive Your Vehicle.” I also discovered that I was getting hit with a $150 “Booting Fine.”

The sticker further explained that my car had “been booted by Las Vegas Parking Enforcement for…the following reasons.” The two reasons cited by the enforcement officer, J. Mason, were “Vehicle not authorized on property” and “Other: Not inside Mamitas.”

Of course, that’s complete bull(expletive)…and I have the credit card receipt, the waiter, the busboy and the manager all as witnesses to the fact that I was, indeed, inside Mamitas.

So my friend and I go back into the restaurant and have them call Las Vegas Parking Enforcement to send “whoever” over to take the damn boot off my car so I can get my friend to court on time. Ten minutes later Mr. Meter Maid Mason shows up and proceeds to tell us he went into Mamita’s and asked if anyone in the restaurant belonged to my car.

Of course, that’s complete bull(expletive). My friend and I were in the restaurant the ENTIRE time – didn’t even get up to use the restroom – and no one came in and asked us if my car was parked in the parking lot. Don’t know if this is a scam or not….but it sure stinks.

And by the way, why is the City of Las Vegas enforcing parking restrictions in a private parking lot in the first place? If Mamita’s wanted a car towed because it was illegally parked in one of their spots, they should call a private towing company to come deal with the situation. Why are tax dollars being used to fund parking enforcement for a private business?

And if it’s a public parking lot, why is Mamita’s sign up at the entrance and only Mamita’s customers are allowed to park in certain designated spots?

But even that goes beyond the stupidity of the city of Las Vegas acting like “parking Nazis” – including the forest of parking meters throughout the area – when all the politicians and candidates are saying that downtown redevelopment, ESPECIALLY in the East Fremont area, is a top priority.

If I go ANYWHERE on the Strip, there’s “free parking” out the wazoo. But on East Fremont Street, you can’t even park in a freaking private parking lot without getting nailed by the city of Las Vegas. I can tell you one thing; I won’t be going back to Mamita’s again. Or anywhere else on East Fremont Street.

N&V StaffSeptember 8, 2022
Read More
Scroll for more
Tap
Highest Entrepreneurial Activity Is in Nevada and Georgia
NSHE Trying Honesty, But Not All Favor That Tactic