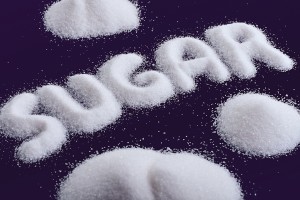 (Chuck Muth) – In a recent op-ed published by The Hill, self-proclaimed “food policy writer” James Patterson argued that Congress should repeal the U.S. sugar program. We agree. But not for the reasons outlined by Mr. Patterson. And certainly not in the manner or time frame he suggests.

In reading Mr. Patterson’s manifesto, it becomes clear he doesn’t so much hate the sugar program as he does sugar itself. While he complains that Congress “manipulates and limits market access from other sugar producers,” he focuses more on “sugar consumption,” claiming that our “sugar-infused diet is slowly killing us.”

As such, Mr. Patterson not only calls for an end to the U.S. sugar program, but wishes to eliminate processed sugar itself; maintaining that the sugar industry has “sold food processors on the myth consumers preferred sweetened foods.”

Talk about wanting to have your sugar-free cake and eating it, too.

It also doesn’t help Mr. Patterson’s case to have him so blatantly misrepresent the facts about the U.S. sugar program. Indeed, there are no “lavish sugar subsidies” that have resulted in American farmers overproducing domestic sugar. Rather, the Mexican sugar industry – 20 percent of which is owned by the Mexican government – is flooding the U.S. market.

Yes, we wish for a truly free global market for sugar and an end to the current U.S. sugar program. However, for it to be a true free market, then not only does the United States need to end it sugar program, but every other sugar-producing nation also needs to simultaneously end their direct subsidies to their own domestic sugar industries.

Alas, even if the U.S. zeroed out its sugar program and everyone else zeroed out their sugar subsidies as well, Mr. Patterson would still be complaining about sugar itself. What he really wants is (1) for the government to regulate sugar the way it now does for tobacco, followed by (2) an outright government ban on processed sugar.

That’s just nuts…sugar-coated or not.