Supreme Court Ruling Gives States An ‘Out’ Of Obamacare 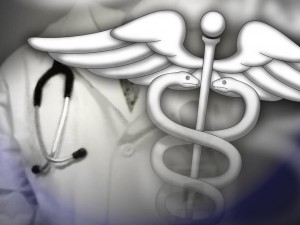 (Geoffrey Lawrence/NPRI) – Few decisions of the U.S. Supreme Court have captured the public interest as did its June opinion in NFIB v. Sebelius. This long-anticipated ruling was widely perceived as the final judicial test for one of the most controversial acts of Congress in decades: the Affordable Care Act (ACA), popularly known as Obamacare.

The challenge centered on whether Congress has the constitutional authority to force American citizens to purchase a specific product — health insurance, in this case — in private markets, whether they want to or not. Lawyers from the Obama administration argued that Congress possessed this authority because of its power to regulate interstate commerce, but the Court ultimately said no: Congress could not compel commerce just to regulate it.

A 5-to-4 Court majority allowed the law to remain, however, by sidestepping the Commerce Clause and reframing the law’s mandate for all citizens to purchase health insurance into a tax on those who declined to make that purchase. This pivot allowed the majority to reason that Congress could pass the ACA through its taxing power.

Most Americans, over the past few weeks, have heard about this aspect of the decision. But a less well-known part of the Court’s decision is today the focus of governors and state legislators across the country.

Forcing states to loosen Medicaid eligibility requirements was a primary way that ACA sought to expand government-subsidized health insurance. By making all individuals earning up to 133 percent of the federal poverty line eligible for full benefits, the law was designed to push 17 million more Americans onto state Medicaid rolls, according to Congressional Budget Office estimates.

Ever since Medicaid was created in 1965, federal regulations have only required states to offer full coverage to specific, highly vulnerable populations in order to qualify for federal matching grants. These populations have included seniors and families with children earning less than the poverty line, as well as the physically disabled.

The ACA sought to change these requirements, both by pushing up the income threshold and by making all individuals under the higher threshold — including single, able-bodied, childless adults — eligible for full benefits.

According to estimates from the Nevada Policy Research Institute, these changes would make 239,000 Nevadans newly eligible for Medicaid benefits beginning in 2014. This figure is consistent with estimates from the Heritage Foundation, which say Nevada’s Medicaid population would grow by 82.1 percent — far more than any other state.

Congress saw expanded Medicaid rolls as politically attractive because Medicaid is funded jointly by state and federal dollars. Congressional leaders recognized that federal accounting sheets could not absorb the costs of the entitlement expansion they were enacting — the largest in American history. But by using Medicaid, they calculated, they could compel the states to pick up a large portion of those costs.

The Congressional plan aimed to lure states in by offering to pick up the full costs of the expanded Medicaid coverage for the first three years. But, after that point, federal contribution rates would start to decline. And for states that might be reluctant to commit to funding such an open-ended, permanent entitlement, Congress threatened to henceforth withhold all federal Medicaid matching funds.

The clear aim of Congress was to coerce state governments into accepting significant and new long-term liabilities. This was especially egregious, given that states must operate balanced budgets. The new Medicaid liabilities would effectively require states to slash funding elsewhere — including for education.

As a result, states will have the option of expanding their Medicaid rolls, but will not be forced to do so.

Any advocate of federalism and constitutionally limited government should applaud this aspect of the ruling.

State policymakers, however, should go a step further and loudly declare to congressional leaders that, if they want to create a new entitlement, then Congress should come up with the funds to pay for it and not rely on the states to bail them out.

Washington couldn’t afford the new entitlements created by the ACA. Neither can Nevada.

That’s why the whole law should ultimately be discarded in favor of patient-centered reforms that restore some semblance of market order to the health care industry.