Why the Teachers Union Hates this Teacher with a Passion 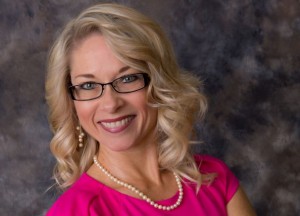 (Jason Hart | From Watchdog.org) -Why are union bosses bashingCalifornia teacher Rebecca Friedrichs and the other plaintiffsin the Friedrichs vs. California Teachers Association case?

In a word: money. In three words: heaps of money.

Public employee unions nationwide stand to lose tens of millions of dollars if the Supreme Court rules in favor ofFriedrichs and stopsCTA from taking mandatory fees from non-members.

Even ifmandatoryagency fee payers paid an average of just $100, NEAs Washington, D.C., headquarters took more than $9 million from non-members who had to pay the union so they could teach. State NEA chapterfees aremuchhigher.

Ifthe Supreme Court decides teachers canopt out of paying NEA, unionbosseswill have to modify their spending to account for the loss of forced dues and to avoid alienating members.

A win for the Friedrichs plaintiffswouldnt make it harder for workers to organize, join, or negotiate wages and benefits through a union, contrary to union bosses claims. But it would make it harder for NEA executivesto justify their political spending and their own salaries.