Term Limits – Good for All Who Would Rule

Term Limits – Good for All Who Would Rule
N&V Staff

(Paul Jacob/Common Sense) – During the last few weeks of Egyptian unrest, a phrase got bandied about with an unusual degree of assumed support: Term limits. We heard of their importance from The Christian Science Monitor, The New York Times, and other news sources, some of which would normally pooh-pooh any push to establish, say, legislative term limits in America.

The writers and editors in question should find this odd. Why is it good for an executive in America to be term limited (as our Commander-in-Chief is), and even essential (as was often said) for commanders elsewhere, while it’s verboten for U.S. legislators?

Term limits’ rationale is clear. Journalists who wrote about the lack of term limits for Mubarak got the idea. They’re familiar with Lord Acton’s dictum: Power tends to corrupt; absolute power corrupts absolutely.

Term limits for executives prevent tyrannies from forming — or, if formed, from continuing till the rigors of mortis set in.

What do term limits for legislators prevent?

Not full-blown tyranny, exactly, but corruption. In a representative democracy, corruption can be subtle.

Term limits are just unsubtle enough to check some of that.

Take John Dingell, the politician to serve longest exclusively in the House. He took over his district from his father, who had served there 22 years — a 78-year dynasty!

Aristotle argued men should “rule and be ruled in turn.” Term limitation: a democratic principle to ward off both wannabe dictators and legislative dynasties.

Pelosi: (I) Don’t Need To Follow My Rules, Man

Memo to Wyoming GOP: Time To Peacefully Get Rid of Liz Cheney 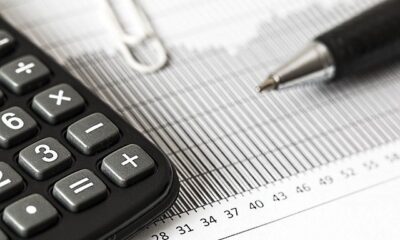 Just the Facts, Ma’am: Income and Taxes in America

Ron KnechtFebruary 10, 2021
Read More
Scroll for more
Tap
Term Limits, Good for All Who Rule
Look! A Crocodile! Feed It! Push Charlie In!