Tesla Chairman: “To the People of New Jersey”

Tesla Chairman: “To the People of New Jersey”
N&V Staff 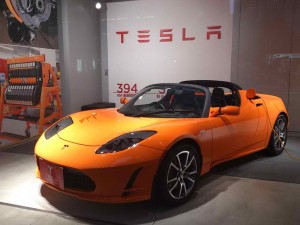 (Elon Musk) – On Tuesday, under pressure from the New Jersey auto dealer lobby to protect its monopoly, the New Jersey Motor Vehicle Commission, composed of political appointees of the Governor, ended your right to purchase vehicles at a manufacturer store within the state.

Governor Christie had promised that this would be put to a vote of the elected state legislature, which is the appropriate way to change the law. When it became apparent to the auto dealer lobby that this approach would not succeed, they cut a backroom deal with the Governor to circumvent the legislative process and pass a regulation that is fundamentally contrary to the intent of the law.

It is worth examining the history of these laws to understand why they exist, as the auto dealer franchise laws were originally put in place for a just cause and are now being twisted to an unjust purpose. Many decades ago, the incumbent auto manufacturers sold franchises to generate capital and gain a salesforce. The franchisees then further invested a lot of their money and time in building up the dealerships. That’s a fair deal and it should not be broken. However, some of the big auto companies later engaged in pressure tactics to get the franchisees to sell their dealerships back at a low price. The franchisees rightly sought protection from their state legislatures, which resulted in the laws on the books today throughout the United States (these laws are not present anywhere else in the world).

The intent was simply to prevent a fair and longstanding deal between an existing auto company and its dealers from being broken, not to prevent a new company that has no franchisees from selling directly to consumers. In most states, the laws are reasonable and clear. In a handful of states, the laws were written in an overzealous or ambiguous manner. When all auto companies sold through franchises, this didn’t really matter. However, when Tesla came along as a new company with no existing franchisees, the auto dealers, who possess vastly more resources and influence than Tesla, nonetheless sought to force us to sell through them.

The reason that we did not choose to do this is that the auto dealers have a fundamental conflict of interest between promoting gasoline cars, which constitute virtually all of their revenue, and electric cars, which constitute virtually none. Moreover, it is much harder to sell a new technology car from a new company when people are so used to the old. Inevitably, they revert to selling what’s easy and it is game over for the new company.

The evidence is clear: when has an American startup auto company ever succeeded by selling through auto dealers? The last successful American car company was Chrysler, which was founded almost a century ago, and even they went bankrupt a few years ago, along with General Motors. Since the founding of Chrysler, there have been dozens of failures, Tucker and DeLorean being simply the most well-known. In recent years, electric car startups, such as Fisker, Coda, and many others, attempted to use auto dealers and all failed.

An even bigger conflict of interest with auto dealers is that they make most of their profit from service, but electric cars require much less service than gasoline cars. There are no oil, spark plug or fuel filter changes, no tune-ups and no smog checks needed for an electric car. Also, all Tesla Model S vehicles are capable of over-the-air updates to upgrade the software, just like your phone or computer, so no visit to the service center is required for that either.

Going a step further, I have made it a principle within Tesla that we should never attempt to make servicing a profit center. It does not seem right to me that companies try to make a profit off customers when their product breaks. Overcharging people for unneeded servicing (often not even fixing the original problem) is rampant within the industry and happened to me personally on several occasions when I drove gasoline cars. I resolved that we would endeavor never to do such a thing at Tesla, as described in the Tesla service blog post I wrote last year.

Why Did They Claim That This Change Was Necessary?

The rationale given for the regulation change that requires auto companies to sell through dealers is that it ensures “consumer protection”. If you believe this, Gov. Christie has a bridge closure he wants to sell you! Unless they are referring to the mafia version of “protection”, this is obviously untrue. As anyone who has been through the conventional auto dealer purchase process knows, consumer protection is pretty much the furthest thing from the typical car dealer’s mind.

There are other ways to assess the premise that auto dealers take better care of customers than Tesla does. Consumer Reports conducts an annual survey of 1.1 million subscribers, which factors in quality, reliability and consumer satisfaction. The Tesla Model S was the top overall pick of any vehicle in the world, scoring 99 out of 100. This is the highest score any car has ever received. By comparison, in the industry report card, Ford, which sells their cars through franchise dealers, received a score of 50. BMW, which makes competing premium sedans, received a score of 66.

Consumers across the country have also voiced their opinion on the sales model they prefer. In North Carolina, a Triangle Business Journal poll found that 97 percent of people polled said Tesla should be allowed to sell cars directly. A poll by the Austin Business Journal showed that 86 percent of respondents were in favor of direct sales, and in a Los Angeles Times poll 99 percent of respondents came to the same conclusion. These aren’t polls that we commissioned and there are many more like them. We have not seen a single poll that didn’t result in an overwhelming majority saying they preferred the direct model to the traditional dealer model. Democracy is supposed to reflect the will of the people. When a politician acts in a manner so radically opposed to the will of the people who elected him, the only explanation is that there are other factors at play.

Some reassurances are also in order. Until at least April 1, everything is business as usual for Tesla in New Jersey. It should also be noted that this regulation deals only with sales, so our service centers will not be affected. Our stores will transition to being galleries, where you can see the car and ask questions of our staff, but we will not be able to discuss price or complete a sale in the store. However, that can still be done at our Manhattan store just over the river in Chelsea or our King of Prussia store near Philadelphia.

Most importantly, even after April 1, you will still be able to order vehicles from New Jersey for delivery in New Jersey on our TeslaMotors.com website.

We are evaluating judicial remedies to correct the situation. Also, if you believe that your right to buy direct at a Tesla store should be restored, please contact your state senator & assemblyman: www.njleg.state.nj.us/districts/districtnumbers.asp.

Finally, we would like to thank the many people who showed up in Trenton on Tuesday to support Tesla and speak out against the MVC’s back-door tactics in passing this regulation change without public consultation or due process. It was an amazing response at very short notice and much appreciated.

N&V StaffSeptember 14, 2022
Read More
Scroll for more
Tap
What if the U.S. had to rely on Indian sugar?
What Foreign Sugar Producers have in Common with Cold War Communists