The Chinese crash is Government’s fault, not Capitalism’s

The Chinese crash is Government’s fault, not Capitalism’s
N&V Staff

How do you say “déjà vu all over again” in Chinese? 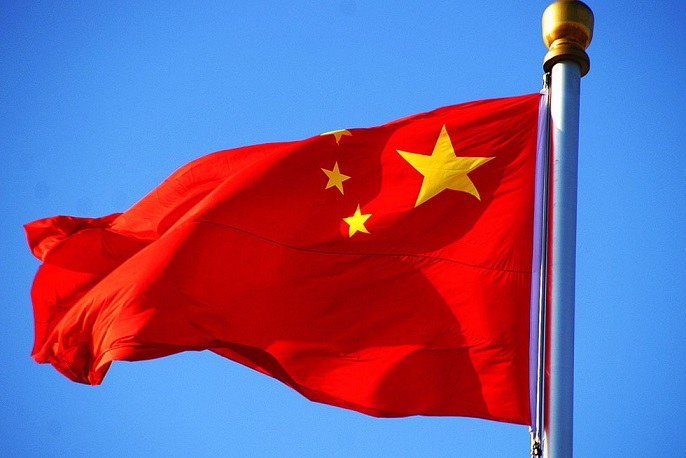 (Lawrence Reed) – The crash in the Chinese stock market (down 30 percent in three weeks with no end in sight) is bringing forth comparisons to the big U.S. stock crash of 1929, as well it should. In the world of central banks and fiat money, inevitable busts follow unsustainable booms. The closer one watches the “experts” at the helm of monetary policy in any country, the more apparent it is that they are constantly scrambling to undo the calamities of their own handiwork.

Prior to the 2008 global financial meltdown, monetary policy in China was expansionist just like it was in the United States and much of the industrial world. Interest rates were held down while liquidity in the banking system was pumped up. By 2007, it became clear that monetary policy in the United States and most Western countries had lurched in the other direction. The bubble fostered by the prior easy money burst with a bang in the summer and fall of 2008.

But Beijing’s bubble only got bigger because monetary policy shifted into high gear instead of into reverse. The Peoples Bank of China (PBOC) presided over an extraordinary growth in loans, deposits and reserves; a further cut in interest rates; and big hikes in public spending focused on industry, both state-owned and private.

Beijing’s monetary stance finally shifted four years later, as evidenced by the yield on Chinese government bonds between 2012 and 2014: It nearly doubled from about 2.5 percent to 4.5 percent in nominal terms but rose even more dramatically after adjusting for inflation: In the same period, the official consumer price index fell from 4 percent to 2.5 percent.

You can drug an economy for only so long. When the injections dwindle or stop, the withdrawal symptoms take over. Last year, with the economy turning south, Beijing reversed itself again and has been desperately trying to re-inflate ever since, but markets have lost confidence.

Think of 2015 as China’s 2008 — with all those additional years of artificial, easy money-fostered misallocation of resources to atone for. This is why the coming slump in China may make ours of 1929 look like a romp in the park.

So monetary expansion produced a temporary boom, followed by tight money that heralded the now evolving bust in China. Looks a lot like 1924-1929 in the United States. Here’s an interesting question: Will the next few years in China be like the twelve that followed our 1929 crash?

Parallels and comparisons are difficult to make because the two economies differ in so many ways. Nobody knows for sure what China’s fumbling policymakers will do next. But they cannot escape this reality: If you do stupid things, bad things will follow.

As I explained in my essay “Great Myths of the Great Depression,” the autumn 1929 plunge in the U.S. stock market was followed by a recovery in the winter and spring. By June 1930, half of the market’s losses were erased. Unemployment was still in single digits. It was a series of bipartisan blunders that took a recession and transformed it into a deep and lingering depression.

Most high school and college textbooks repeat the discredited error that the Hoover administration took a “laissez faire” attitude toward the economy from 1929 to 1933. Then Franklin D. Roosevelt rode in on a white horse and saved us.

But Hoover “fought” the crisis by choking off world trade with stifling, sky-high tariffs in June 1930, followed by a doubling of income tax rates in 1932, all while the experts at the Federal Reserve contracted the money supply by a third. Hoover jawboned businesses to keep wage rates high even as prices tumbled. He threw public money at bailout schemes like the Reconstruction Finance Corporation. Things only got worse.

Roosevelt campaigned in 1932 to bring an end to “the greatest taxing and spending administration in history,” promising a 25 percent reduction in the bloated federal budget. Upon election, he did precisely the opposite. Federal spending soared, as did taxes and tax rates.

He used public money to destroy crops and cattle. He attempted to cartelize American industry through price-control codes. My essay cited above, as well as historian Burton Folsom’s book New Deal or Raw Deal, chronicle years of bad, interventionist policy that prolonged the Great Depression by at least seven years.

If China now imitates what this country did in the 1930s, it will compound the problem. If the folks running Beijing are like the FDR braintrusters who cooked up the New Deal, they’ll jack up taxes, choke off trade, regulate the daylights out of what free enterprise there is, blow billions of renminbi on make-work and bailout schemes, destroy lots of rice paddies, and deliver the glorious news to the people via fireside chats on the radio.

So now, you ask, what should China do?

That’s a poor question to ask of someone who believes the best advice for central planners is to quit their jobs and find honest work. We free market economists know how to bake a pretty good cake. John Cowperthwaite did it in Hong Kong, and Ludwig Erhard did it in Germany. The ingredients include sound, market-based money; property rights and the rule of law; free markets and entrepreneurship.

But we’re constantly expected to fix the cake after the statists have added gravel and horse dung to the mix, then turned the temperature in the oven up too high. That’s a much tougher job.

I do know this: If China’s leaders pile more “expert” central planning on top of their already mile-high pile, a busted stock market will be one of the least of their long-term worries.

Lawrence W. (“Larry”) Reed became president of FEE (Foundation for Economic Education) in 2008 after serving as chairman of its board of trustees in the 1990s and both writing and speaking for FEE since the late 1970s. Visit Fee.org for more information.