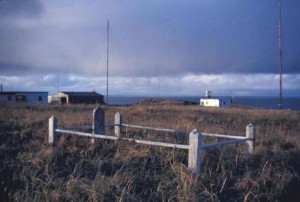 (Wayne Allyn Root) – The tidal wave started last night. It’s a new day in America. The dominance of public employee unions was broken for the first time. Not just in any states. But in the 2 most liberal pro-union states possible. The common sense crowd will be emboldened. This grass roots fire has just started. It will now spread from coast to coast. Huge victories in liberal Wisconsin and The Peoples Republic of California are the canary in the coal mine. The days of dominance for public employee unions just peaked. They will never see a stronger day than yesterday, ever again. It’s a long downhill slide from here.

In Wisconsin, Governor Scott Walker won easily and big in a state filled with not only union members, but union history. Wisconsin was the first state to ever grant public employees the right to collective bargaining. That was the single biggest mistake in U.S. economic history. Wisconsin is filled with cheese-eating bleeding-heart white liberals (in Madison), far too many government employees and their many relatives, a big percentage of black voters (in Milwaukee), and all the other usual Democratic suspects. It has been a true blue Democrat state for decades. And yet even in liberal unwinnable Wisconsin, conservative fiscal policy made the breakthrough the nation has been waiting for. Score one for sanity. Governor Walker- in that environment (and you know with rampant voter fraud perpetrated by the unions) won easily. EASILY. Just as I had boldly predicted in media appearances across the country.

California may be an even bigger sign. California is the land of sun fried brains, tofu-eating liberals, illegal immigrants in every pot, and the most powerful government employee unions in the nation. Yet even in deep blue California, public employee unions lost in a landslide on Tuesday. In San Jose the nation’s 10th largest city, voters gave a 66-34 landslide to public employee pension reform. It wasn’t even close. In San Diego- the nation’s 8th largest city- it was an even bigger sweep. The voters handed a monstrous 70-30 victory to public employee pension reform.

The tide has turned. And it’s going to turn into a tsunami. The middle class voters have had enough of one privileged class of government employees getting unheard of job security (jobs for life unless you are a convicted axe murderer or child rapist- and then you still many keep your pension)…bloated salaries far above the average private sector worker…obscene and insane pensions…unheard of benefits (free healthcare for life)…and the ability to retire at age 45 to 50. There are no jobs like that in the entire private sector. It is wrong. It is unfair. It is insanity squared. And it is bankrupting America and all 50 of our states. Just as this same system of too many people working for government, being paid too much, able to retire too soon, and then paid obscene pensions for life (for not working for 30 to 40 years) has brought the entire EU financial system to its knees. Greece, Spain, Portugal, Italy and Ireland are all the perfect model for how not to run a country and an economy if you want to survive.

How did I know Governor Walker would win easily and big? As one of the most successful oddsmakers and prognosticators in Las Vegas history, I’ve made many uncanny political and economic predictions over the past decade. All based on gut instincts and common sense. All based on speaking to my many friends and fans and using their comments and opinions as a barometer for the nation.

At one point in time I was alone in the wilderness screaming about the dangers of public employees, their pensions, their unions, their outrageous, selfish demands and how all of it would bankrupt the country. But I’m alone no more. In the past few weeks virtually everyone I spoke to in the private sector could be best described as outraged and steaming mad at public employees. The honeymoon is over for unions and collective bargaining. The people have awakened from their long slumber and they realize they’ve been ripped off. They realize their children and grandchildren will live a much lower quality of life to pay for the pensions of government employees who haven’t worked in 20, 30 or 40 years. Everyone is stuck with this bill for generations to come.

For Obama and his toxic gang of unions, lawyers, the public employee mobs, environmentalist radical wackos, and the mentally ill (Harry Reid, Nancy Pelosi) the gravy train is coming to an end. It’s a new day in America.