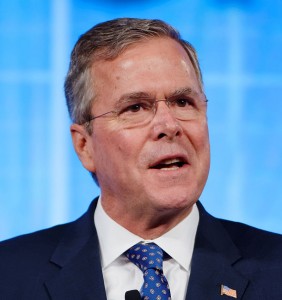 (Daniel J. Schultz) – Conservatives can deny ¡Jeb! the Republican Party presidential nomination. Really. Want to be part of that? It will take more than just voting.

Are you willing to spend a few hours between now and your caucus or primary to deny ¡Jeb! the nomination. If not, don’t read any further.

Here’s how to do it.

It will take more than words and typing away on blogs.

It will take actual physical action. But not much.

The operative words are “presidential nomination” and “conservatives.”

Where do conservatives need to be to deny ¡Jeb! the nomination?

Let’s work backwards from the nomination.

Where does the nomination happen?

The nomination happens at the Republican Party Presidential Nominating Convention.

Who gets to attend? And vote? Only delegates.

Are you willing to become a delegate? To become one is not that hard. And the Republican National Committee does not want you to know that. That is why I am telling you how to become one.

Are you a conservative? Do you know how, in your state, to become a delegate to the national convention?

Are you going to try to become one?

I live in Arizona.

¡Jeb!’s ultimate strategy is to make sure that he has enough delegates, despite how the primary elections go, to make sure on the first ballot at the national convention, or on the second, or third, etc., enough delegates vote to put him over the top. Every candidate needs fifty per cent plus one of the delegates to win.

Here’s the dirty little secret the Party establishment does not want you to know and, sadly, many conservatives to not want the “little people” of our Party to know: of the approximately 400,000 Republican Party precinct committeeman slots, less than half of them are filled. More at the links below.

Under the Rules of the Republican Party, what matters is delegates. Not primary results. Not caucus results. What matters is how the delegates at the national convention vote.

Become a delegate. It’s not that hard to do. Contact me if you need help.

More specifics on how this works here and here.

To paraphrase a leftist slogan, “Conservatives of the U.S., Unite!” “Inside” the Republican Party where you live. It’s where the real political power lies. That’s why the RNC will never tell you about this in their mailers. Or on their website.

We have a two party political system. Are you a voting member of one of them? If not, don’t you want to be? Don’t you owe it to your children and grandchildren?

Yes, I am trying to guilt trip you.

I hope this helps.

Daniel J. Schultz graduated from the United States Military Academy in 1978 and served as an Army Human Intelligence Officer. He now practices law. He has been a Republican Party precinct committeeman since 2007 and was a co-winner of the Conservative HQ Liberty Prize based on his e-book Taking Back Your Government: The Neighborhood Precinct Committeeman Strategy. State-specific and other information relating to The Neighborhood Precinct Committeeman Strategy can be found athttp://precinctproject.us and http://theprecinctproject.wordpress.com. Mr. Schultz can be reached at acoldwarrior@gmail.com. This column originally was published by Breitbart.com on November 11, 2015.