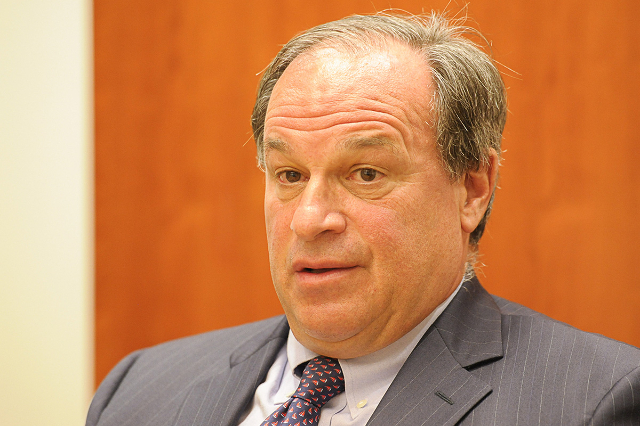 Laxalt also reported having over $3 million in the bank for his campaign.

But Las Vegas Review-Journal columnist Victor Joecks replied that he’d seen the full poll “and the sample was more than ample.”  He also invited Schwartz to share his own internal poll results which, of course, Schwartz will never do.

Schwartz’s single-digit poll number jibes with Schwartz’s fundraising results.  He reports actual contributions of just $73,953.  Worse, only $11,100 of that total came from people living in Nevada.

In other words, as I’ve been saying since last summer, there is absolutely NO REASON whatsoever for Schwartz’ gubernatorial race other than self-ego and a desire to help elect a Democrat governor next November.

And if the Nevada Republican Central Committee doesn’t see that and officially endorse Laxalt in the GOP primary even before filing opens, it has no business being a political party.  “Peacock” candidates like Schwartz don’t deserve primary neutrality.

Democrat Rep. Dina Titus, 7/6/06: “Nevada deserves better than to be at the bottom of every good list and the top of every bad one.”

GOP State Treasurer Dan Schwartz, 9/5/17: “Our schools remain at the bottom of every good list, at the top of every bad list.”

My NFL boycott has extended into the playoff season.  Still not missin’ it.  And I’m not alone. FOX News’ Sean Hannity reported last week that…

“A stunning new poll shows that over 30% of football fans boycotted the beleaguered NFL during its disastrous 2017 season, with viewers choosing to change the channel after professional athletes refused to stand during the US national anthem.”

But this morning Anthony bowed out of the race, citing health reasons.  Which coincides with reports that former GOP Rep. Cresent Hardy announced at Saturday’s Lincoln Day breakfast in White Pine County that he would be mounting a comeback for his old seat.

I guess I was the proverbial skunk at the picnic Saturday when I showed up as Assemblyman James “The Big Selloutski” Oscarson’s (RINO-District 36) campaign kickoff event in Logandale.

Despite the public invitation advertising that “ALL ARE INVITED,” I was immediately confronted by an elderly  woman – who turned out to be Oscarson’s campaign manager, Laura Billman – who demanded that my daughter and I leave and threatened to call the cops on me.

Naturally, I told her to pound sand.  So Oscarson grabbed the microphone and pointed me out to the small crowd of about two dozen supporters.  I guess he was hoping to intimidate or embarrass me.  Like that was gonna happen!

Instead, I waved to the crowd and said hello to the folks before heading back to Vegas.  What a weenie.

Democrat gubernatorial candidate Chris Giunchigliani reported raising $1 million.  That puts her not only in contention for the Democrat nomination vs. Steve Sisolak, but some say she’s now considered the favorite in that race.

On the other hand, the Clark County teacher’s union last week endorsed Sisolak over Chris G despite the fact that Giunchigliani was the union’s prez back in the mid-80s.  Quite the snub.

Republican State Sen. Becky Harris (Senate District 9) appears to have “cashed in” on her vote for the largest tax hike in Nevada history with her appointment last week by Gov. Brian Sandoval to chair the Gaming Control Board.

LVRJ columnist Victor Joecks is absolutely correct.  As long as marijuana is illegal under federal law it’s the job of Attorney General Jeff Sessions to enforce that law.

If marijuana should no longer be illegal under federal law in states that have legalized it – and it shouldn’t – it’s the job of CONGRESS to change federal law.  And since the GOP controls both the House and the Senate, blame congressional Republicans for this ongoing problem.

The Trump administration will now allow states to require able-bodied recipients of medical welfare benefits (Medicaid) to work.  What are we waiting for?

A Nevada judge in Carson City once again killed a citizen ballot initiative this month, ruling essentially that Nevada voters were too stupid to understand what they’d be voting on if given the chance to vote on a constitutional amendment to ban sanctuary cities.

We need a constitutional ban on activist judges!

Matt McCarthy is running as a conservative alternative to moderate GOP Assemblywoman Melissa Woodbury in District 23.  He appears to be the real deal who could retire Woodbury – one of only three remaining Republican members of the Assembly who voted for the largest tax hike in Nevada history in 2015.

Speaking of which, one of the other two tax-hikers from 2015 is turncoat Assemblyman John Hambrick, who sold out conservatives in that session for no reason other than his desire for the power of being Speaker.

His GOP opponent this year, Jim Small, announced today that he has raised $46,000+ for his challenge.  That will certainly make him competitive.

So a Saudi religious leader declared last week that…

“If women are allowed to drive, they will be able to go and come as they please day and night, and will easily have access to temptation, because as we know, women are weak and easily tempted.”