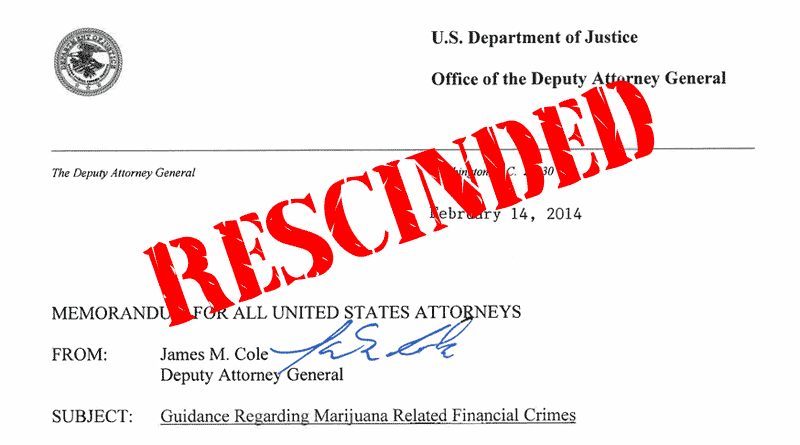 (Dennis Hof) – When Attorney General Jeff Sessions announced he was rescinding the “Cole Memo” – an Obama-era order instructing federal law enforcement authorities to leave marijuana buyers and sellers alone in states that have legalized it – a roar of anger and outrage erupted.

U.S. Sen. Cory Gardner – a Republican who represents Colorado where marijuana has been fully legalized by its citizens – threatened to hold up confirmations of any and all Department of Justice nominations until the Cole Memo was re-instated.

And Nevada State Sen. Tick Segerblom, considered the “Godfather of Legal Marijuana” in Nevada, not only criticized Sessions, but Sen. Dean Heller (R-Nev.) as well.

“(Heller’s) tepid response defers responsibility,” Segerblom wrote in an op-ed, “and leaves him teetering on the edge of irrelevance, as his noncommittal statement did not even criticize the Justice Department’s actions.”

Even people who don’t use marijuana, or even support its legalization, criticized Sessions’ decision as a violation of the 10th Amendment: “The powers not delegated to the United States by the Constitution, nor prohibited by it to the States, are reserved to the States respectively, or to the people.”

But Las Vegas Review-Journal columnist Victor Joecks was absolutely correct when he wrote that while there have been “many violations of states’ rights over the years, Sessions’ pot memo isn’t one of them.”

“Whether marijuana should be legal ought to be up to the individual states,” Mr. Joecks concluded.  “That it isn’t remains the fault of Congress and the Supreme Court, not an attorney general instructing his prosecutors to follow the law.”

Added Congressman Mark Amodei (R-Nev.), “It’s probably time that Congress get off its butt and start dealing with the issue.”

Making the issue worse for constitutionalists, federal anti-pot laws are infringing on the Second Amendment as well as the Tenth.  As Mark Scolforo of the Associated Press noted recently, “Federal law bars marijuana users from having guns or ammunition.”

“Any person who uses or is addicted to marijuana,” confirms Janice Kemp, spokesperson for the Justice Department’s Bureau of Alcohol, Tobacco and Firearms (ATF), “regardless of whether his or her state has passed legislation authorizing marijuana use for medical purposes…is prohibited by federal law from possessing firearms or ammunition.”

“They’re going to have to make a choice,” declares John T. Adams of the Pennsylvania District Attorneys Association.  “They can have their guns or their marijuana, but not both.”

Nevada has millions of dollars in tax revenue and thousands of jobs at risk because Members of Congress continue to kick this can down the road instead of recognizing that public opinion on marijuana has changed dramatically over the last 20 years and reforming federal marijuana laws accordingly.

Mr. Hof is a successful Nevada businessman, author, philanthropist, star of an award-winning reality TV series on HBO and president of the Home of Freedom PAC.  He can be reached at DennisHof.com