There has never been a bill like this
N&V Staff 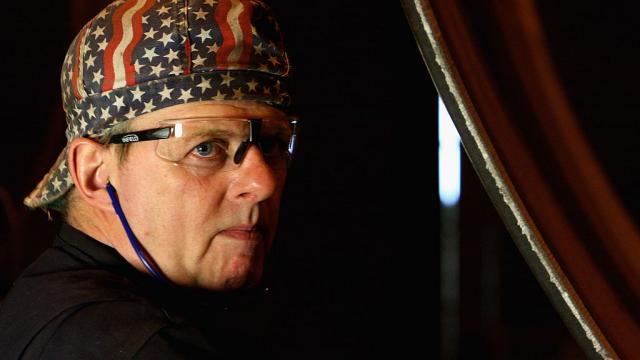 NumbersUSA, has been at the forefront of mobilizing grassroots opposition to every amnesty proposal since 1996. Yet, we are now endorsing a compromise bill that includes an amnesty for hundreds of thousands of young-adult DACA recipients.

This decision was not an easy one. On balance, however, we believe the Securing America’s Future Act (H.R. 4760) would deliver a significant net improvement to the lives of American wage-earners and communities.

Among many constructive provisions, the most important are the elimination of the extended-family chain migration categories and the mandate of E-Verify for all employers, which would turn off the jobs magnet for future illegal immigration.

By moving us toward an immigration system that better serves the national interest, this bill would keep the promises of candidate Trump and now President Trump whose administration stated on a talking-points sheet this week that his top priority in immigration reform is “everyday hardworking American citizens.”

NEW POLL: Four times as many Republicans than Dems think immigration is a top issue for US https://t.co/LdajcU0MeG pic.twitter.com/Cme8GqYV5k

All other amnesty bills through the years have prioritized those who broke immigration laws, with little or no thought to how amnesties affect American wage-earners and communities.

There has never been a proposal like the one offered this week by four House Judiciary and Homeland Security Committee and Sub-Committee chairs (Reps. Bob Goodlatte (R-Va.), Michael McCaul (R-Texas), Raul Labrador (R-Idaho) and Martha McSally (R-Ariz.)).  Like other proposals, H.R. 4760 offers great mercy to the young DACA adults who as minors illegally crossed the border or overstayed their visitor visas. But the bill’s top priority is clearly the vulnerable Americans who also have compelling stories of need.

We have always opposed amnesties first because they unfairly add extra competition to struggling American workers in the legal workforce (the same reason we have fought for serious reductions in legal immigration).

Some will try to argue that competition is not a problem at a time when the official unemployment rate is low.

But countless newspapers across the country in the past year have run heart-rending stories about the hopelessness in non-working and low-wage communities across America. Huge swaths of African-American, white and Hispanic urban and rural residents are not thriving — or are barely surviving — in this labor economy. Will U.S. employers creatively recruit, train and employ from those depressed communities if the federal government continues to offer them a flood of eager and easy-to-hire foreign workers? (For nearly 30 years, the government has added about a million immigrants with lifetime work permits every year, in addition to hundreds of thousands of temporary foreign workers.)

“There is already a workable solution to immigration: Pay to stay” https://t.co/kg5sUtR8GH pic.twitter.com/D6FAudFjSu

H.R. 4760 addresses that issue and mitigates the harm of adding additional workers through a DACA amnesty. The bill eliminates extended-family chain migration categories which add at least a quarter-million legal immigrants a year with lifetime work permits without any regard to their skill, their education or how their presence will affect America’s own workers, taxpayers and communities. To respect the needs of America’s most vulnerable families, family immigration must be limited to spouse and minor children.

President Trump has provided great leadership in moving the chain migration issue to the top of the immigration debate. H.R. 4760 solves the problem.

A second reason we have always opposed amnesties is that they encourage future illegal immigration. Congress approved seven amnesties between 1986 and 2000, and illegal immigration continued to rise after all of them, primarily because of the easy availability of jobs.

As long as the jobs magnet continues, an amnesty will entice more parents to bring their children illegally to America and create pressure for yet more amnesties in the future.

Unlike all previous amnesties, H.R. 4760 would prevent that by mandating the use of E-Verify to keep illegal workers out of U.S. jobs, thus ending the jobs magnet once and for all.

Rand Paul: You can’t have an immigration compromise if everybody’s calling the president a racist https://t.co/qH33sIxzbi pic.twitter.com/uYUsp2xupx

If Congress had adopted them then, it is doubtful immigration ever would have become the divisive national issue it is today.

H.R. 4760 contains a number of other enforcement provisions that NumbersUSA supports and others that we wish had not been included. That’s the nature of a compromise. Recent polling we commissioned finds strong majorities of likely voters in this fall’s midterm elections favor a dramatic reduction in overall immigration and also favor a DACA amnesty. Big majorities say any amnesty should include an end to chain migration and a mandate for E-Verify.

The Securing America’s Future Act clearly reflects public opinion, and the net effect of the bill as introduced would be far better than maintaining the immigration status quo.