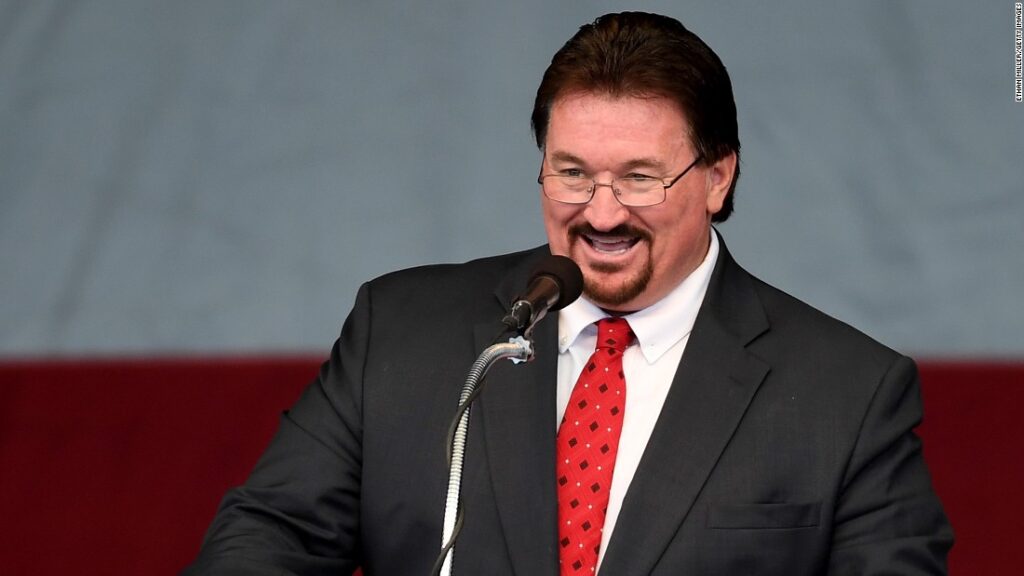 (Chuck Muth) – After three straight losing football seasons, UNLV didn’t fire the whole team last month.  It fired its coach.  Keeping him would have amounted to the clichéd definition of insanity: Doing the same thing over and over and expecting a different result. It wasn’t personal; it was business.  And it’s time for the Nevada Republican Party to follow UNLV football’s example. Party chairman Michael McDonald has been Team GOP’s boss-man for the last decade.  And under his stewardship, Democrats have won Nevada in the last three presidential elections.  In the last one, Donald Trump lost by around 33,000 votes while over 112,000 registered Republicans stayed home. On his website prior to the election, McDonald wrote: “It is exciting to finally have a state party that is the envy of the nation.”  He went on to boast that he’d “created a comprehensive ground game to engage our grassroots.” “Simply put,” McDonald continued, presumably with a straight face, “we have never been in such a strong position going into a presidential election year.” Simply put, that ground game was a massive get-out-the-vote (GOTV) failure.  A failure repeated again in 2022.  For example, U.S. Senate candidate Adam Laxalt lost by just 8,000 votes out of more than a million cast while over 100,000 registered Republicans didn’t vote…in Clark County alone! Indeed, in the last six election cycles under Chairman McDonald, Republicans can boast of only one winning season; in 2014 when they won all six of the statewide constitutional offices, as well as majorities in both the state Senate and Assembly.

But even there, you can’t credit McDonald’s leadership for the victories.  He just happened to be at the right place at the right time.  It was an actual “red wave” election in which Democrat turnout was so depressed that their gubernatorial candidate actually lost his primary race to “None of the Above.” Four short years later, Republicans lost five of the six constitutional offices, including governor, a U.S. Senate seat, three out of four congressional seats and both houses of the Legislature. An old joke at the time has it that an abused, beaten child was asked by a judge if he wanted to live with his mother…or his father.  The child replied neither; that he wanted to live with the Nevada Republican Party because “they don’t beat anyone.” Under McDonald’s watch over the last ten years, not only has the party suffered massive failures in GOTV, it’s failed at voter registration, candidate recruitment, candidate development and support, leadership training at the county and club levels, communications, and overall messaging. That last one includes depressing the vote of its own voters at the polls in 2022 after spending two years alleging widespread election fraud that it never documented and failed to prove. In a well-publicized dog-and-pony show in front of the Secretary of State’s office in 2021, McDonald dropped off four boxes of what he claimed were over 120,000 pieces of “evidence” of voting fraud. 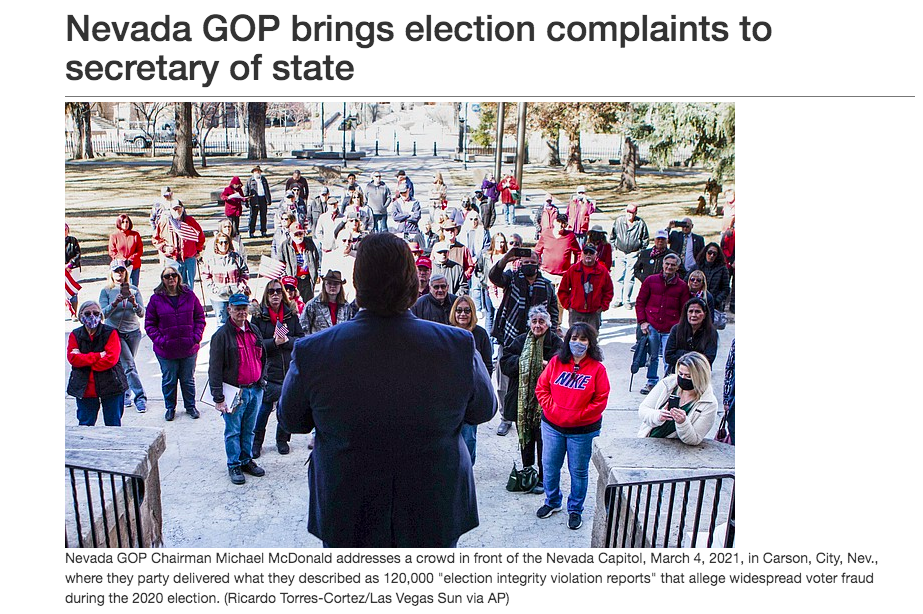 Those unsubstantiated claims were rejected by both the Secretary of State’s office and the courts.  And to this day the party has refused to release said “evidence” to the public so voters could decide for themselves if the claims held water.  Why the cover-up? In fact, the only documented case of election fraud in 2020 was committed by a Republican who claimed at a GOP press conference that someone had voted his deceased wife’s ballot.  Turned out, the man himself committed the crime. That was a brontosaurus-sized egg on the party’s face.  And it all came back to bite the GOP in the arse in 2022 when large numbers of Republican voters chose not to vote because the GOP persuaded them that the unproved fraud was so bad that their vote wouldn’t count anyway. Or as Republican Clark County commission candidate Drew Johnson – who lost by just 336 votes out of more than 100,000 cast – noted, many of the 18,000 registered Republicans who didn’t vote in his race stayed home “because people in our party’s leadership…led them to believe the election was rigged.” That’s on Chairman McDonald.  And things are only going to get worse in 2024 if he remains as Grand Imperial Pooh-Bah during the GOP presidential primary contest. McDonald is still in his position despite the massive failures for one reason and one reason only: Donald Trump.  Without Trump’s backing, McDonald would have been ousted after the disastrous election results of 2018 – and everyone knows it.  He’s Trump’s guy, plain and simple. 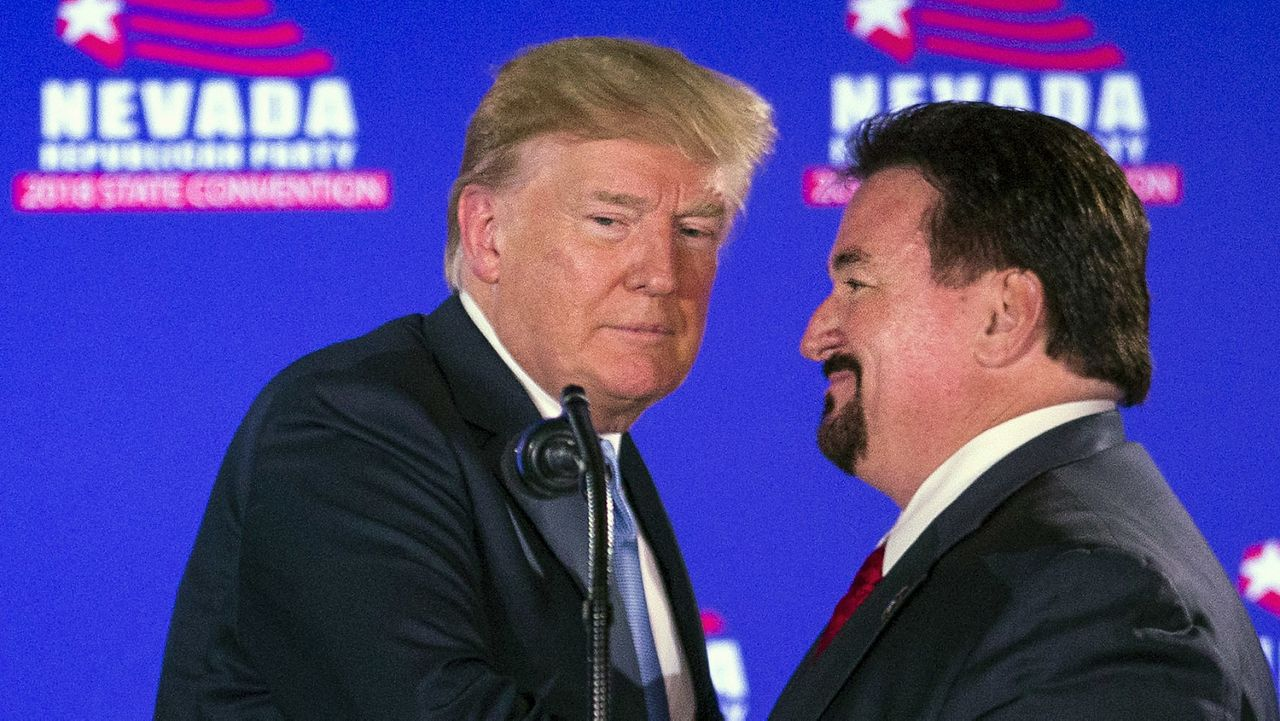 So what’s going to happen during the 2024 election cycle if, as expected, Florida Gov. Ron DeSantis (and others) challenge Trump in the GOP primary?  No matter how hard he tries – if he does, indeed, try – to play it straight, there’s no way McDonald will be able to shake the suspicion and belief that he’s in Trump’s pocket and tipping the scales.  The inevitable party split in Nevada will be worse than the party split that occurred in 1964 when the warring factions of Barry Goldwater and Nelson Rockefeller ripped the party apart. I like Mike McDonald.  He’s a fun-loving, back-slapping guy.  Have known him for over 25 years.  And was one of his most ardent defenders in the early days of his chairmanship.  So this isn’t personal; it’s strictly business. As a former party chairman myself, I fully appreciate the unappreciated hell party chairs go through.  So it gives me no joy to call on the chairman to promptly resign and let someone new take a shot at the reigns for the 2024 election cycle. And if he won’t go peacefully, it’s time for the Nevada Republican Central Committee to fire him. If they won’t, it’s time for Nevada Republican voters to fire the Central Committee.  If they won’t, they’re insane. Then again, Republicans never blow and opportunity to blow an opportunity.

Bring Me the Head of Michael McDonald

Tarkanian: What Republicans Need to do to Turn Around the Losing! 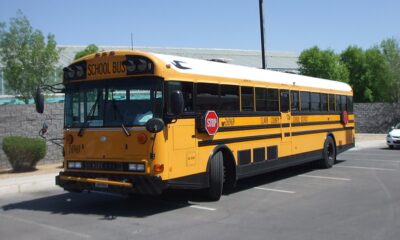