To Congress For Spending Our Grandchildren Into Perpetual Indebtedness: The Franklin Solution

To Congress For Spending Our Grandchildren Into Perpetual Indebtedness: The Franklin Solution
N&V Staff 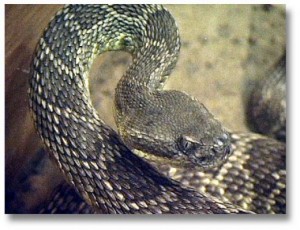 (Thomas Mitchell/4th St8) – Our duly elected representatives back inside the Beltway swamps insist they are doing us a favor by ratcheting up the federal debt. Obama is asking Congress this week for $1.2 trillion in additional borrowing authority that would raise the debt ceiling to $16.4 trillion. (That is merely a figure of speech. They blew the ceiling off long ago.)

Since Obama took office, the debt has risen 42 percent, but I’m sure the media will figure out a way to say it is the Republicans’ fault.

It’s for our own good. Washington has our best interest at heart — in much the same way that Parliament had the best interests of the colonies at heart when it decided to empty England’s jails and dungeons of hardened criminals and ship them forthwith to the colonies for the benign and generous purpose of populating the said colonies.

Like those prisoners of yore, all that debt is paying for stuff we really, really need, even if we don’t realize it.

I think should be thankful for such benevolence and, as any good servile subject is wont do, return the favor in kind.

That is what Ben Franklin suggested the colonies do in gratitude for being blessed with boatloads of highwaymen, pursesnatchers, rapists and assorted malefactors and scofflaws. “What is a little Housebreaking, Shoplifting, or Highway Robbing; what is a Son now and then corrupted and hang’d, a Daughter debauch’d and pox’d, a Wife stabb’d, a Husband’s Throat cut, or a Child’s Brains beat out with an Axe, compar’d with this `IMPROVEMENT and WELL PEOPLING of the Colonies!’” the sage printer reasoned.

The fairest rate of exchange he could think of was the rattlesnake. That seems to be a currency that would return a reasonable rate of interest in the halls and pews of Congress today, don’t you think?

As ol’ Ben remarked, “In some of the uninhabited Parts of these Provinces, there are Numbers of these venomous Reptiles we call RATTLE-SNAKES …

“In the Spring of the Year, when they first creep out of their Holes, they are feeble, heavy, slow, and easily taken; and if a small Bounty were allow’d per Head, some Thousands might be collected annually, and transported to Britain. There I would propose to have them carefully distributed in St. James‘s Park, in the Spring-Gardens and other Places of Pleasure about London; in the Gardens of all the Nobility and Gentry throughout the Nation; but particularly in the Gardens of the Prime Ministers, the Lords of Trade and Members of Parliament; for to them we are most particularly obliged.”

But even Ben conceded the trade was not perfectly symmetrical. “And Rattle-Snakes seem the most suitable Returns for the Human Serpents sent by our Mother Country,” he wrote under the pseudonym Americanus in 1751. “In this, however, as in every other branch of trade, she will have the Advantage of us. She will reap equal Benefits without equal Risque of the Inconveniencies and Dangers. For the Rattle-Snake gives Warning before he attempts his Mischief; which the Convict does not.”

But alas, I’m not so callous as to actually carry out such a trade — sidewinder for venomous sidewinder, if you would. I have far too much respect and sympathy for rattlesnakes.