To Obama: The Victims are Christians and Jews

To Obama: The Victims are Christians and Jews
N&V Staff

(Newt Gingrich) – President Obama has a strange pattern of citing Christians for violence and intolerance on the one hand but refusing to identify them as the targets of Islamist supremacists on the other. 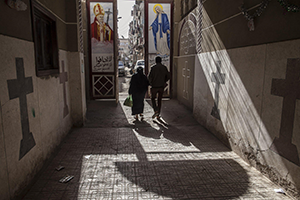 n fact, in his remarks at the National Prayer Breakfast the President stretched back more than 800 years to declare that “during the Crusades and the Inquisition, people committed terrible deeds in the name of Christ.”

This was a remarkably one-sided history of a long series of wars between Christians and Muslims in which atrocities were common on both sides. The President may not know that Saladin had more than 200 knights beheaded on July 4, 1187, or that in 1680 Turks cut off the heads of 813 Christians in Otranto, Italy (a group Pope Francis declared saints for their willingness to die for Christ). There were atrocities on both sides of these wars. Yet President Obama only found the violence perpetrated by Christians worth mentioning.

Referring to more recent history, this is how President Obama chose to describe an Islamic supremacist murdering Jews in France earlier this year “violent, vicious zealots who…randomly shoot a bunch of folks in a deli in Paris.”

The dishonesty of this statement is breathtaking. There was nothing random about the attack. It was deliberate. The attacker didn’t “randomly shoot a bunch of folks in a deli in Paris”. The attacker himself said in the media that he went out to kill Jews. The “folks” in the President’s language were Jews. The “zealots” were Muslim supremacists.

Why does President Obama find it impossible to say “a Muslim supremacist deliberately killed a group of Jews in a religiously inspired attack”?

President Obama was similarly abstract when commenting on the beheading of Egyptian Christians by ISIS in a televised act of religious hatred. He issued a statement saying it was a “despicable and cowardly murder of 21 Egyptian citizens in Libya.” He described it as “the wanton killing of innocents.”

Finally, consider the recent killing of Christians in Kenya. When radical Islamist terrorists killed more than 140 people at Garissa University College, the Associated Press reported, “The attackers separated Christian students from Muslim ones and massacred the Christians.”

How did the Obama Administration describe this religiously motivated massacre? The President’s statement referred only to “innocent men and women…brazenly and brutally massacred.”

Sarah Kaplan of the Washington Post captured this refusal to describe Christian and Jewish victims in a remarkable recent article, “Has the world ‘looked the other way’ while Christians are killed?”

“We see a continued pattern in many of these regions of violence and persecution against Christians,” he said in a phone interview. “But the West and Western governments, including the U.S., when they conflict-map these issues, they refuse to address the fact that Christians are being targeted.”

According to Open Doors, 2014 saw a huge increase in violence against Christians. Researchers for the group found that 4,344 Christians were killed for faith-related reasons between Dec. 1, 2013 and Nov. 30, 2014 — more than twice the number killed during the same period the previous year. Curry says those numbers are a low estimate, as the group only counts incidents in which the victim can be identified by name and an exact cause has been attributed.

Kaplan went on to quote Pope Francis over Easter weekend:

“Our brothers and our sisters … are persecuted, exiled, slain, beheaded, solely for being Christian,” he said, his expression tense, his cadence slow but deliberate. Speaking from a window of the Apostolic Palace, the Pope said that there have been more “martyrs” for Christianity in recent years than in the early centuries of the faith.

The persecution of Christians is a theme that ran through most of the pope’s speeches this weekend. At a Good Friday procession, he decried the world’s “complicit silence” while members of his faith are killed. On Sunday, he devoted his Easter address to a grim accounting of global conflicts where Christians and others have been killed.

I was moved to write this lengthy newsletter by Cardinal Wuerl’s Easter Sunday homily at the Basilica of the National Shrine of the Immaculate Conception (where Callista sings in the choir).

The Cardinal enjoined: “Today we must raise our voices on behalf of suffering Christians around the world, victims of terrorist/extremist attacks simply because they dare to say Christ is risen….”

He went on: “Pope Francis, in his Easter message…asked all of us not to remain silent…in the face of this terrible plague –violence on our Christian brothers and sisters and all others suffering religious persecution.”

His plea inspired me to ask you to join in speaking out and telling the truth.

If enough of us insist on identifying the religious victims of this war against Christians and Jews, perhaps the President will have the courage to join us in telling the whole truth.

Once we confront the truth, we can begin designing strategies to defeat the Islamist supremacists who would force us to submit or die.