(Chantal Lovell) – Las Vegas — TransparentNevada.com, the website that allows users to search public employee salary and benefit information by name,  jurisdiction or job title, has been updated with 2014 compensation data for over 122,000 Nevada government employees.

The 2014 data includes salary and benefits information from 123 Nevada jurisdictions, although Clark County and the City of Henderson have yet to provide 2014 data.

Now, for the first time ever, the website — operated by the Nevada Policy Research Institute as a public service — includes compensation information for charter school employees. 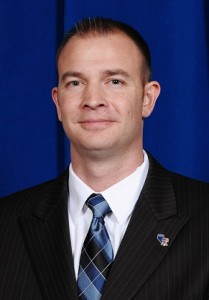 “Each year, we update TransparentNevada.com with new public employee compensation information that is both shocking and eye-opening,” NPRI President Andy Matthews said.

“In 2014, we again saw countless instances of over-the-top compensation to government employees,” he said, adding that, “More than 1,300 government employees were paid in excess of $200,000, and 2,011 employees received higher compensation than did Gov. Brian Sandoval. The site is full of examples like these which, unfortunately, seem to be the norm rather than the exception.”

Some takeaways from the 2014 data:

It should be noted that the City of Henderson and Clark County have yet to provide 2014 data, so the numbers do not reflect the thousands of employees that work for those governments.

“Transparent Nevada is the go-to website for lawmakers, media, the public and even government employees who want to gain a better understanding of how Nevada government is spending taxpayer money,” Matthews said. “In 2014, Transparent Nevada earned 2.98 million page views and was cited by countless individuals trying to enhance government accountability.”

“As state lawmakers consider reforms to collective bargaining, the new data on Transparent Nevada shows those reforms are needed now more than ever.”

TransparentNevada.com launched in September 2008 and has served as a unique source of government-financing information for hundreds of thousands of citizens, journalists and elected officials. Recently, Transparent Nevada added pension data from the Nevada Public Employees’ Retirement System to the site at TransparentNevada.com/nvpers/2014.

The site will be updated as other government entities provide salary information.