Trump and Clinton: Bring on the general election

Trump and Clinton: Bring on the general election
N&V Staff 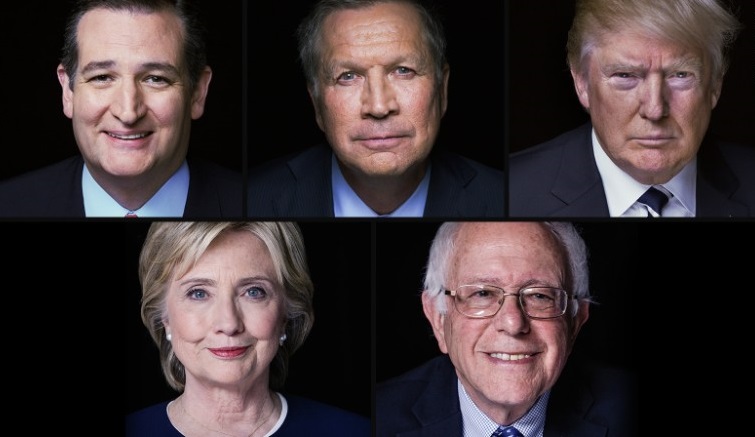 Three Republicans (Donald Trump, Ted Cruz, and John Kasich) and two Democrats (Hillary Clinton and Bernie Sanders) are playing mainly the puzzle to the general election, after completing more than half of the country’s primary elections and still waiting for other primaries. (Courtesy: CNN)

(MJ Lee, CNN) – After grabbing sparkling leads and catching the hearts of the electorate in their respective parties at the East Coast primaries, Republican Donald Trump and Democrat Hillary Clinton now have one line in common: the stiff fight to November has begun.

Donald said he considers himself the Republican Party’s “presumptive nominee” after defeating his close rivals Sen. Ted Cruz and Gov. John Kasich. Cruz grasped significant victories in some states that created a wide spread of numbers among the Republican leaders. To mention with emphasis is Cruz winning in Texas with 104 delegates, leaving behind Donald with 48 delegates. The tally up to this date, however, greatly favors Trump with 992 delegates.

Hillary Clinton, on the other hand, confidently combats Trump after the New York businessman accused her of playing with woman’s card. This is in clinging with Hillary’s agenda on women’s health care, paid family leave and equal pay. Hillary defeated her co-democrat candidate, Sen. Bernie Sanders, in all states that have held the primary, except in Rhode Island where she did not shy away in fighting the race but instead arranged a narrow margin with Sanders at 11-13 delegates, in favor of the latter.