Trump Campaign as Exciting Now as Reagan’s in 1980

(CHQ Staff, ConservativeHQ) In an exclusive appearance on the Steve Malzberg Show CHQ Chairman Richard Viguerie on Wednesday praised the shakeup of Donald Trump’s campaign, calling it “exciting” and telling Newsmax TV he hasn’t “seen anything like this since the 1980 Reagan campaign.”

You can watch the entire video interview through this link. 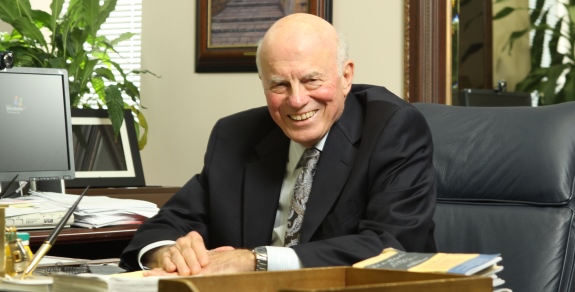 “I’ve had a philosophy, ‘Tell me who you walk with and I’ll tell you who you are,'” Viguerie told Malzberg. “If you look at Donald Trump’s campaign now . . . These are charter members of the conservative movement. It’s very exciting. I haven’t seen anything like this since the 1980 Reagan campaign against [Jimmy] Carter.”

Viguerie said the campaign reset “is a step in the right direction” to win over the pockets of Never Trump Republicans.

Viguerie told Malzberg that Republicans needed to do two things to win this election: Feature a candidate who’s a fighter and unite the party.

“You can’t be somebody like Jeb Bush who’s not a fighter. So they’ve got a fighter in Donald Trump for certain,” Viguerie said in the interview.

But uniting the party is where Viguerie said he’s been critical of Trump. “If he unites the base of the party, he will be the next president,” concluded Mr. Viguerie.