Trump expands search for his Secretary of State

Trump expands search for his Secretary of State
N&V Staff 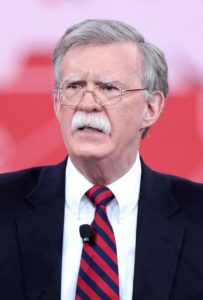 (Nicholas Fandos, The New York Times) – President-elect Donald J. Trump is broadening the field of candidates for secretary of state as his transition team remains divided nearly a month after the election over how to fill the most prominent gap in his prospective cabinet.

Kellyanne Conway, a top adviser to Mr. Trump, told reporters on Sunday that the search had expanded beyond the four men thought to be under consideration and that Mr. Trump planned to interview additional candidates early this week.

Those new candidates appeared to include John R. Bolton, an ambassador to the United Nations under President George W. Bush; Jon M. Huntsman Jr., the former Utah governor and ambassador to China under President Obama; and Rex W. Tillerson, the president and chief executive of Exxon Mobil.

Asked about the search on the ABC program “This Week,” Vice President-elect Mike Pence mentioned Mr. Bolton as a potential candidate and said others could be added to the list. Mr. Bolton met with Mr. Trump for about an hour on Friday, and Mr. Tillerson is set to meet with Mr. Trump on Tuesday, according to two people briefed on the meetings.